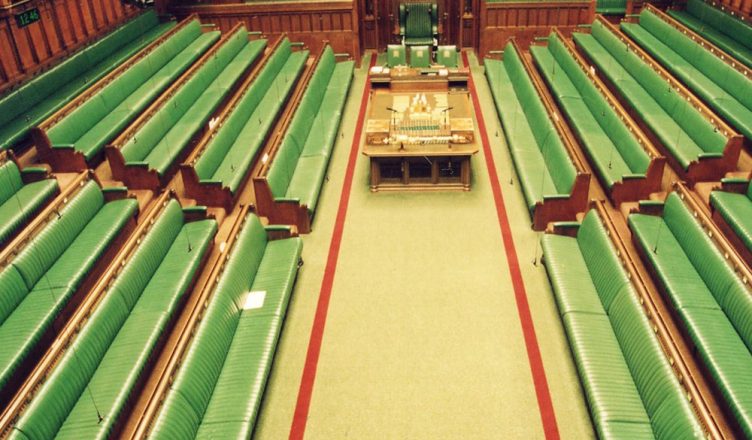 Boris Johnson’s proroguing of Parliament throws light on a number of subjects. It indicates that the British ruling class is bitterly divided like never before. It points towards the pressures that Farage and the Brexit Party are putting on the Conservatives. Johnson knows that he must be seen to act in a decisive way if he wants to avoid the rupturing of the Conservative Party. Unfortunately for him, this ploy opens up other possibilities of disintegration of the Tories and indeed the United Kingdom.

The British ruling class was once much admired by its international peers for its cohesiveness and solidarity. It acted decisively and intelligently over the years to preserve class rule. Unlike the French ruling class, with the Revolution of 1789 carried out by the emerging bourgeoisie, and which resulted in the mass slaughter of the aristocracy, the British ruling class was able to ally with the old aristocracy and gentry, to the point of intermarrying with them. It preserved the monarchy as part of class rule, and loyalty to the Crown was seen as an essential part of preserving the status quo, the Empire and then the Commonwealth. “The myth of ‘national unity’ is built around the role of the Queen, with all that that entails like privilege and deference, and ‘continuity’” (see our Abolish the Monarchy article). It developed parliamentary democracy to disguise its class dictatorship, its control of all assets including the land, and its tight grip on the State, the “Establishment”. The Labour Party acted within this system of democracy to implement the demands of the IMF, to launch austerity measures against the working class and to support various imperialist adventures, often in league with its US ally.

However those days are long gone. The loss of Empire seriously diminished the British ruling class. At first the majority of the ruling class oriented towards the markets of the EU, although there were always stresses there, sometimes seen in quarrels among the Tories. In fact it was differences over Europe, combined with the Poll Tax rebellion that led to the fall of Thatcher. Those tensions have continued to this day and have now erupted in a spectacular fashion.

The random card of the EU referendum results changed everything. The unity of the boss class was torn asunder as different factions within it frantically searched for solutions. Johnson’s politics are primarily about himself, about him becoming a “great British leader” but they also involve a tack towards closer ties with Trump’s United States, with the UK turning itself into a tax haven and an increasing opening to market forces, started under the Labour leader Callaghan, and then partially enacted by Thatcher. Johnson wants to increase the tempo of privatisation and the dismantling of what little remains of the welfare state. Closely allied to him is the coldly calculating and devious Jacob Rees-Mogg and his clique, who control the think tank Policy Exchange. Their opposition to the EU is rigidly ideological. The old style “liberal” pro-Europe Tories in direct descent from Macmillan and Heath, include “grandees” like Heseltine, Major and Clarke. This Tory faction, once dominant within the Party, have seen their influence wane. They are frightened that a split will take place with the hard-line Brexiteers lining up with Farage’s outfit, or on the other hand, a wholesale capture of the Party by the no-dealers much in line with Trump’s takeover of the Republican Party in the USA. The last important “liberal” Tory, the leader of the Scottish Conservative Party, Ruth Davidson, has now resigned, and this indicates the increasing control over the Party by the Johnson/Rees-Mogg faction.

Neither of these factions, pro- or anti- Europe is a friend to the working class. This includes the various nationalist parties like the SNP and Plaid Cymru, the Liberal Democrats and the Green Party, various splinter groups like Change and the Independents, and the Labour Party on one side and Farage and the Tories on the other. Whether Britain leaves or remains in the EU, there will be further austerity measures.

The various mobilisations by the different opposing factions – marches and rallies – are attempts to draw the working class more fully into the sham of parliamentary democracy, whether it be the defence of the referendum decision or one side or the defence of parliamentary democracy and against the proroguing, described exaggeratedly as a “coup” on the other. Very soon, another general election will add to the fun and games.

Some sections of the ruling class are pinning their hopes on Corbyn, The Financial Times, which speaks for the City bankers, recently wrote: “Those opposed to a no-deal Brexit must then cast aside their differences and pass a motion of no confidence in the government. This is unpalatable for even the most ardent Tory Remainers, and others such as the Liberal Democrats, since ousting Mr Johnson in time to affect the Brexit process may also require the creation of a caretaker government under Labour’s Jeremy Corbyn—an outcome they rightly fear. The overriding priority, however, must be to safeguard British democracy.” This was echoed in opinion pieces in other papers. Corbyn has met with five other opposition parties so that he can head a caretaker government if Johnson goes for a tumble. This caretaker government would be in reality a government of national unity pledged to find its way out of the bosses’ crisis, a government formed of a coalition of right, centrist and leftist parties and individuals. Once again the Labour Party would be acting as the social fire brigade.

Hard though it may be, the only real choice is to reject the siren calls of both Remain and Leave factions of the boss class and turn towards creating an independent working class movement. The rulers of Britain have been paralysed by this crisis over the last few years, and as we said earlier, divided like never before. There has to be a revolutionary alternative to these false choices. It doesn’t exist but must be built as an imperative.