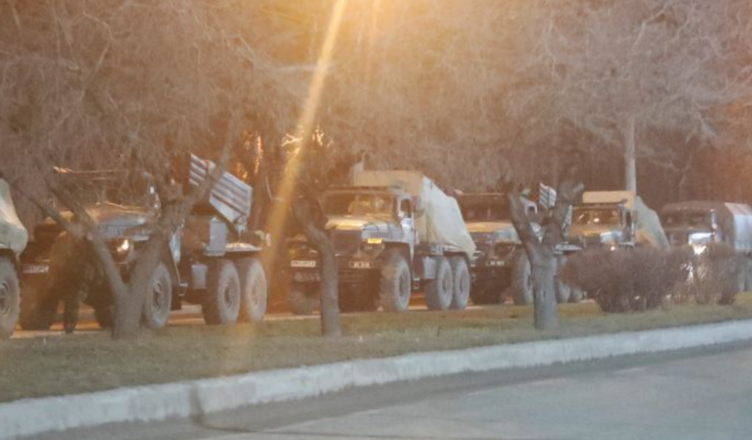 Proxy wars like Yugoslavia or Syria are no longer sustaining the balance of greed of global capitalist blocs. This current conflict, like the one looming over Taiwan, is not masked in ideology but a competition of rival organisational forms of the state. From dictatorial (what China now calls ‘unitary’), versus democratic or federalised systems. Capitalist façades are exposed as rival clubs of oligarchic and monopoly politico-economic hegemonies. To simplify, it’s a power struggle between the 1% for the exclusive rights to shitting on the 99.

Neither Washington nor Moscow!

It is not possible for us to lack compassion and grief for those like ourselves on either side of their artificial frontiers, despite misrepresentations of both becoming widespread. We can however be clear that the collateral damage on either side is intentional murder by those in power to win their war for assets and real estate.

The ‘democracies’ never gave a damn about the workers of Ukraine, nor for those of Donbass (who according to the UN form 80% of the civilian casualties since the failed Minsk Agreement). For Russia perhaps still less on either side, as their lack of accountability is already systemically built in. The Ukraine might look like another spectacular TV event but that is a conscious attempt to stop us in a moment of recognition and resistance. A real and present danger of global war piled on top of climate crisis and pandemic.

We cannot afford to wait and see how this pans out. Whatever side of a frontier we find ourselves on, we must organise, shout, collectivise militancy, and oppose this new potential death throe to our existence. Frontiers are not cages, they are fences to be pushed down. Now, urgently, from the UK to every part of the Ukraine we must fight their interest in our suppression under capital for profit. We exist to fight, not feed the state and its power mongers.

No war but the Class War! Our lives and those the other side of the fence depend on it.