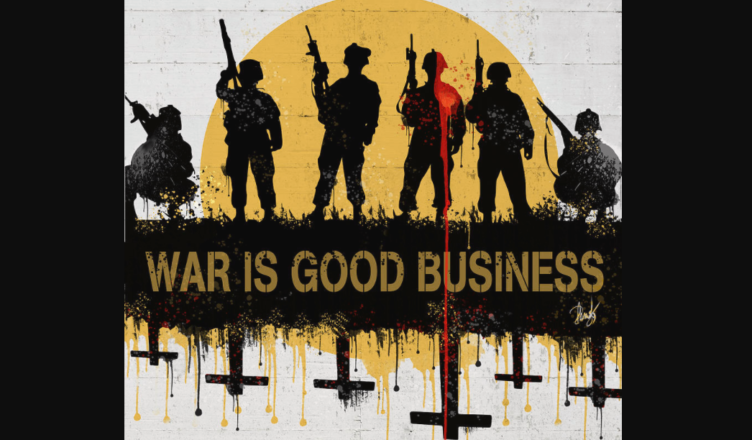 War is good for Johnson, Biden, Putin, Macron, and the rest of the local state managers of capital who want us to pay the price for the chaos of the last 20 years. If nothing else, our politicians manage our local economies for the tyrannies of finance, corporations, business and speculators. They claim our votes but answer to them. Hiding the consequences from us threatens crisis for them. And then comes war, as it always has done! Recently the circle of austerity could not be acceptably ‘squared’. The rich won’t pay what they owe, but this latest wartime crisis provides the political excuse to make the poor pay which had previously looked unacceptable.

There is no shortage of money and wealth – we know, we make it and watch it taken from us. This is a masquerade of a treasure hunt. They claim the hunt is for the oligarchs mysteriously hidden behind Russian passports, yet oligarchs lurk behind all state passports! British, American as well as Ukrainian billionaires are oligarchs too!

They know exactly where each other live, they probably met each other recently. Hardly surprising they’re so reluctant to catch each other and dob each other in. They know each other’s dirty secrets too well. You don’t need to be Sherlock Holmes to see the con here. Just go back two weeks to before the invasion of Ukraine to see how we got here…

Who caused the banking collapse? Them and their relentless greed! Who chopped the planet to pieces? Them and their financial ambition! Who wrecked the climate? Who brought pandemics to our homes from the obscurity of deep forests and wilderness? Who thought they could watch us die by the million and persuade us the bill was ours to pay? They did, of course!

Before this war they were trying to make us pay, through inflation, depressed wages, through tax hikes and interest rate rises, extended pension ages and so on. And then comes the war. We are all in the same boat – except they’re in first and have lifeboats – and we are now supposed to understand why the bill has comes back to us.

War is not necessarily planned, but neither is it incidental nor accidental. It is structural and inevitable as they fight amongst themselves to steal more, shift blame and cover their tracks. The war in Ukraine is a war by them against us all, and if They win, any of them, we lose!

Turn their war against us into a Class War against them all! Our resistance is not a luxury, it’s a fight for survival – our liberation!