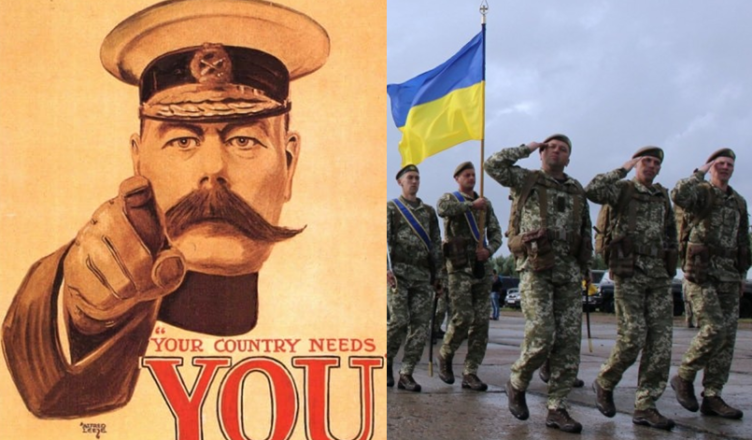 The war in the Ukraine has ignited a wave of war fever throughout the world. Ukraine is portrayed in the Western media as bravely fighting a war of self-defence against the Russian bear, in analogies with “Brave Little Belgium” from the First World War. Alongside this is an outbreak of Russian hating here in the UK, including the ludicrous banning of concerts by the Russian composer Tchaikovsky and university courses on the Russian novelist Dostoevsky, the cancelling by the Royal Opera House of a Bolshoi Ballet residency etc. It’s the same in the USA, where Russian musicians and performers are being cancelled. This is being cheerlead by the Western liberal intellectuals, who are infected with war enthusiasm and are giving the green light to censorship. Ordinary Russians working in Western Europe are demonised and subjected to hate. Russia Today, the mouthpiece for propaganda for the Putin regime, has been closed down in the UK and throughout Western Europe.

The Labour leader Keir Starmer threatened ‘left’ MPs like Diane Abbott and John McDonnell with withdrawal of the party whip over their support for the Stop the War Coalition (STWC), which looks like it will be next to be put on the list of proscribed organisations for Labour Party members. These ‘left’ MPS then spinelessly capitulated and withdrew from speaking at a STWC rally. Labour Shadow Defence spokesperson, Lord Vernon Coaker, described the STWC as ‘fifth columnists’ and ‘Putin apologists’.

Meanwhile the Tory Secretary for Education, Nadhim Zahawi, threatened action against academics at Edinburgh, Leeds and Leicester universities whom he described as “pro-Putinist” for daring to suggest that neither side in the war should be believed. As a result, the Universities Minister, Michelle Donelan, is putting pressure on the vice-Chancellors of these academics’ universities. Rob Halfon, the Tory MP and chairman of the education select committee, in a questions session on education in the House of Commons, babbled about “pro-Putinist propaganda at some of our leading universities”. In the same session, Tory MPs talked about teachers being “aided and abetted” by “politically-motivated trade unions” to push a “far-left agenda”. One of these, Jonathan Gullis, said that “minority of woke warrior teachers think it is acceptable to push extremist nonsense onto pupils such as white privilege and try to cancel important historical figures such as Sir Winston Churchill” and that they were aided and abetted ” by some trade unions such as the National Education Union (NEU),” going on to say that “The failed and disgraced NEU demanded the welfare state was reformed before approving pupils going back to school”. He asked schools minister Robin Walker if he would hold unions to account to prevent them using teachers to push a “far-left agenda”. Backing him up on this, the Tory Minister for Schools used this to reinforce the Johnson regime’s new guidance on ‘political impartiality’ in schools, to suppress the opinions of teachers.

The media and MPs attacked striking London Underground workers, labelling them as agents of Putinism. This attack began in the Daily Telegraph, in an article written by Associate Editor, Gordon Rayner, entitled “The enemy underground: how ‘Putin apologists’ brought London to a standstill”. This attack was endorsed by Chris Bryant, a leading Labour Party member. The Daily Mail and the London Evening Standard joined in this attack on the tube strikers. The reference to the “enemy underground” is a clear reference to Margaret Thatcher’s description of striking miners in 1984-5 as “the enemy within”. It was then used to justify vicious assaults on the miners, and may well now be used to any who oppose fire and rehire, attacks on pensions and conditions, and the rising cost of living, as well as environmental protestors.

Thus, a renewal of the Cold War and a rise of McCarthyist witchunts has been facilitated by Putin’s invasion of Ukraine.

This drive to repression and censorship is reflected in Russia, where opposition organisations and media are facing severe repression, and where thousands of anti-war protestors have been rounded up and imprisoned. Putin has said “The Russian people will always be able to distinguish true patriots from scum and traitors and will simply spit them out like a gnat that accidentally flew into their mouths — spit them out on the pavement… I am convinced that such a natural and necessary self-purification of society will only strengthen our country, our solidarity, cohesion and readiness to respond to any challenges.” Mirroring the moves in the West against critics of the war, Putin described his own anti-war opposition as “fifth columnists”.

The War in Ukraine

The Putin regime will be bogged down in a war that it cannot win, against a nation of 40 million. Already it has lost a significant number of leading members of the military. Even if Putin captures Kyiv and overthrows Zelensky, he cannot sustain a long-term occupation. He plans a neo-Tsarist expansion, merging Russia with at least parts of the Ukraine and in alliance with his allies in Belarus and Kazakhstan. No revolutionary can support the Putin regime and support for the anti-war opposition in Russia should be endorsed, as indeed should desertion and mutiny within the Russian military and actions like the cutting of railway supply lines by Belarusian railway workers. A war of attrition, involving mounting Russian casualties, may trigger moves by sections of the Russian ruling class and the military to bring about regime change and depose Putin. At the most optimistic, this could lead to a new revolution in Russia.

However, whilst opposing Putin’s Russia, we cannot endorse support for Ukraine. Some British leftists like the Ukraine Solidarity Campaign of Chris Ford, the Alliance for Workers’ Liberty, Anti-Capitalist Resistance and the Labour Representation Committee are taking the side of Ukraine, in other words taking sides in an inter-imperialist conflict. Some anarchists, both here and abroad, are being drawn into the call to support “a free Ukraine”.

As for STWC and their friends, whilst we should oppose McCarthyist witchhunts against them, their failure to condemn Putin’s aggression in anything more than a lukewarm fashion is summed up in the STWC statement that “Britain should be advancing serious diplomatic proposals to defuse the tension and seek a solution to the crisis rather than ratcheting it up.” They align with France and Germany in the need for “a new all-inclusive security architecture in Europe, not under the hegemony of any one state. We demand that the British government and the Labour Party distance themselves from the policies and priorities of the USA and develop an independent foreign policy.” The STWC proved wanting in its opposition to the Iraq War, failing to endorse mass direct action against war efforts in Britain. It is proving wanting again and a new anti-war movement needs to come into being that equally opposes Putin and NATO, argues for the opening of borders not just to Ukrainians but to other refugees from imperialist wars, and calls for mass opposition towards the drive to war, snatching the drumsticks of those beating out a war tattoo.