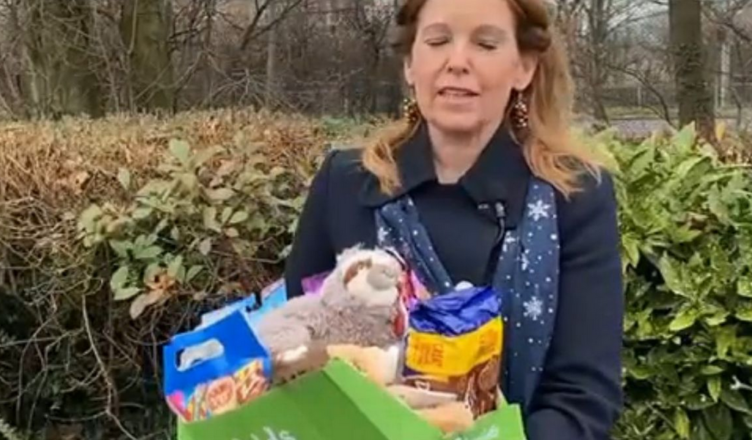 Dover Tory MP, Natalie Elphicke, appeared in a Christmas photo opportunity visiting the Dover Foodbank. Elphicke called on the public to help. Tory backed capitalist austerity has dramatically increased foodbanks around the UK for the past 11 years. Natalie Elphicke is one of 321 MP’s who actually voted against free school meals for children. And it was Elphicke who accused Marcus Rashford of ‘playing politics’ for helping to feed children. So this is a person who cynically uses a photo op to claim to believe in something that she clearly does not believe, for her own selfish interest.

Not that we think the Labour Party, which also firmly supports capitalism, is any better, but it was Elphicke’s party, the Conservatives, who have been in power since 2010. Since 2008/09 – 2020/21 the number of Tressell Trust 3-day food parcels has skyrocketed from 25,000 to 2.5 million! And it is simply a fact that for the vast majority of that time it has been the Tories who have been in government.

This opportunistic stunt by Elphicke is disgusting. Elphicke has made it plain as day that it is in fact her who is dishonestly playing politics and being completely disingenuous. We inthe ACG consider her not only a parasite leeching off the working class in Dover, but a vile creep and hypocrite. Her behaviour is typical of someone from the bourgeoisie, selfish ultra-individualists who personify the very worst traits of humankind, everything negative.

Foodbanks only exist because of capitalism, a system that does not only not work, but is detrimental to us and our planet. Poverty and wealth inequality will only disappear when we give capitalism the boot and create a truly free society for our own class. Capitalism is a failed system that will never be reformed, it has to go, and the existence of foodbanks is one of the many proofs of that fact.