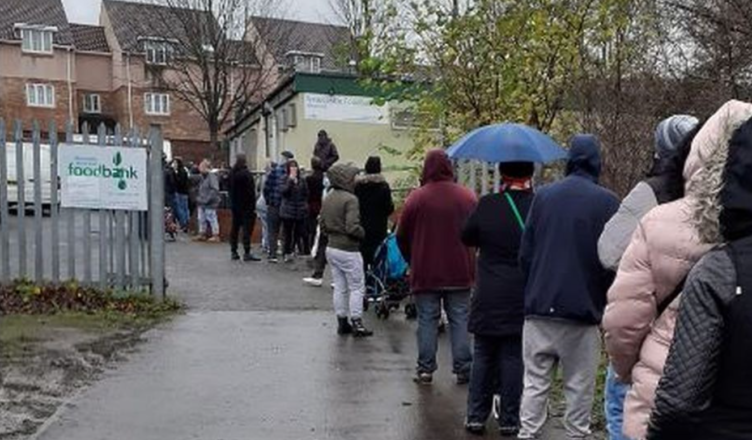 As we said in our recent article, Food, rent or heat? Fight back against rising prices, the current wave of massive price rises has by far the biggest impact on the poorest and most vulnerable people here in the UK. In other words, those on low pay or precarious contracts, those receiving benefits, the sick and disabled. We also pointed out that it’s essential that we start to build an active resistance to this attack on the least well off in society.

This reality becomes ever more urgent, as today, we see that the energy regulator’s new price cap will add hundreds of pounds onto millions of people’s annual gas and electricity bills. This will amount to an increase of more than £600 on those basic utilities for the average household.

Of course, big fuel bills is not a disaster for everyone, because MPs get their energy bills paid for. In fact, MPs are claiming up to £3,500 for their second home energy costs while millions of us face spiralling utilities bills… bills which the politicians refuse to do anything about*.

But it’s not just gas and electricity bills causing hardship for many of us. With recent official figures showing the rate of inflation at its highest for thirty years, the cost of food is predicted to increase by £180 on average. For most of us, especially the poorest members of the working class, this is a disaster.

It’s so bad that even capitalists like Iceland’s Managing Director, Richard Walker, has said: “I think there are more food banks now than there are branches of MacDonalds… This is no exaggeration: there are people out there facing the choice between eating and heating, and we are losing customers to hunger.”

Far be it for us to agree with a capitalist, but in this instance, he is correct (though we would refer to ‘people’ rather than ‘customers’). And for many, it really is a choice between food or heating. However, while some more “humane” elements of the boss class might engage in philanthropic endeavours, call on the current government to be kinder to the less well-off in society, or support the Labour Party, we in the ACG call for a more direct response from those of us most affected by rising prices.

We have to build the resistance in our workplaces and communities and come together to fight such injustices as the £20 Universal Credit cut, as well as devise viable and effective ways to resist price rises in food, gas and electric bills, rent and other necessities.

The ACG welcomes cooperation with other groups, organisations and individuals who also want to build this resistance. So, if you want to work with us on such a campaign, get in touch.

After we posted the above item, imagine our surprise when the government suddenly announced measures to “take the sting” out of rising bills by offering £200 off energy bills. Except, you have to pay it back. But hey, you do have five years do that (thanks a bundle for the extra debt, Sunak).

There’s also a £150 rebate of bills for those in Council Tax bands A-D (apparently not repayable). But this is a one-off payment, a drop-in-the-ocean given the 60-70% increase from this April, followed by yet another increase from this November.

The government is also increasing the number of households eligible for the warm homes discount and have said they’re providing local councils with £150 million to make discretionary payments to those in severe hardship. But with growing anger mixed with genuine fear over the rising cost of living, these clearly inadequate measures are like putting a sticking-plaster on a sinking ship.

Given that the UK is listed as the fifth richest country in the world (by nominal GDP), then these measures seem like an unimpressive headline-grabbing ploy to regain a little popularity for the scandal-ridden Johnson regime. Meanwhile, £150 or not, the least well-off will feel the pinch even more.

We need to dump this rotten system, root and branch. It’s time to organise.