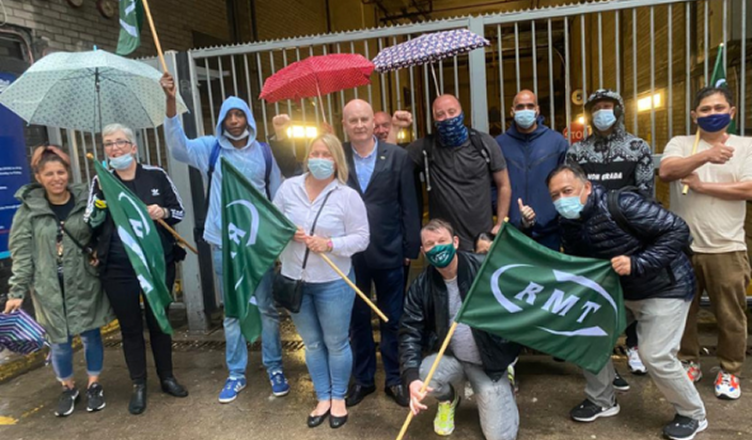 We have reported on the strike of the Clarks shoe warehouse workers in previous Workplace Notes. Just to say that 2 weekends ago, 400 people demonstrated in solidarity with them in the village of Street in Somerset, the biggest demonstration in Street’s history. Clarks workers are combating a vicious fire and rehire policy from their employers.

Similarly we have reported previously on the Weetabix strike in our Workplace Notes. Latest news is that the Weetabix bosses have lied about not threatening workers, who are striking over fire and rehire attacks. They claim that “We have repeatedly reassured our engineering team and their union representatives that no individual is at risk of dismissal.” But in fact, in letters sent to the striking Weetabix engineers, it clearly stated that “One of the options available to us, if your agreement cannot be reached, is to terminate your current contract of employment and offer re-engagement on a new contract.” Weetabix workers will now be upping strike action to four days a week.

Train managers and senior conductors on East Midlands Railways are set to strike over unsafe working arrangements on twelve carriage trains, and pay and conditions.

Workers for the Caledonian Sleeper trains once more went on strike for pay and conditions. Previously they went on strike to disrupt trains running back from the COP26 Conference in Glasgow.

Staff at Goldsmiths University went out on a 15 day strike from Tuesday November 23rd after threats of job cuts. Management plans to cut 52 jobs. In professional services and in the English, creative writing and history departments. The strike started with a rally supported by the Goldsmith students. Lloyds Bank and Natwest Bank have put pressure on management to impose staff cuts of £4 million this year, followed by £2 million next year.