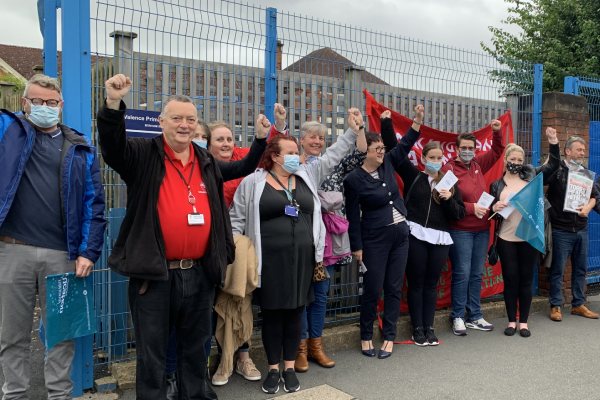 Valence Primary School in Dagenham, East London, is a community school run by the local Labour council. Management are now implementing fire and rehire measures, forcing teachers to reapply for jobs they are already in, but with less pay and conditions. They are also proposing a pay cut for a third of the workforce.

As a result workers at the school have come out on strike. Once again key workers who risked their lives during the pandemic are being rewarded with attacks on their pay and conditions, and not a pay rise! So far Valence education workers have been on strike for six days in the last three weeks. Some members of management encouraged workers to strike break. So, we have the scenario of a Labour administration leading attacks on workers and encouraging strike breaking.

Meanwhile teachers at Alleyn Court preparatory school in Southend have been on strike for six days against plans to remove them from the pensions scheme. And to put them on an inferior pensions scheme. The management of the school, the Alleyn Court Educational Trust is also preparing to push through a fire and rehire scheme.

In Derby teachers at Merrill Academy and Lees Brook Community School have been on strike for three days after management, the Archway Learning Trust, plan to slash jobs, deskill teachers and replace them with cheaper teachers. School students have expressed strong solidarity with teaching staff.

These attacks will drive many out of working in schools and lead to an even shoddier education system than the one we already have.