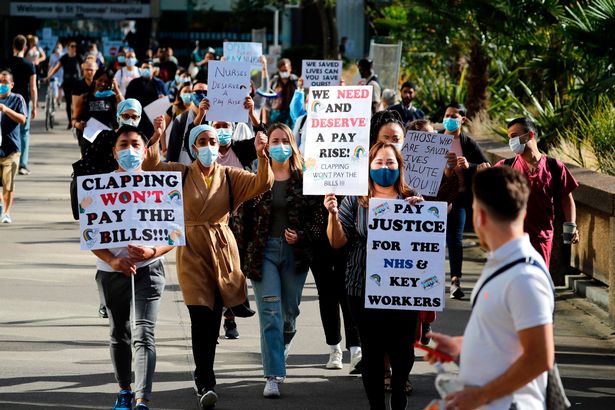 Wednesday, July 21st was the day that the Johnson government was meant to announce a 3% pay rise for health workers. Instead health minister Helen Whately announced that this was to be delayed. This would have meant that no announcement would come before the summer break that Parliament takes. However, in a U-turn that happened within a few hours, it was announced that, after all, the government would grant the 3% pay rise. This indicates the chaos and disarray at the heart of this government, which makes decisions on the hoof and then revises them in a matter of hours under pressure.

The government made the 3% pay rise promise in a bid to head off any strike action by doctors and nurses. This followed a backlash against an original offer of 1% increase, which would amount to a pay cut as inflation is at 1.5%.

As with education workers, the Johnson government is insulting health workers with this behaviour. This will lead to further demoralisation among a workforce already severely stressed by the pandemic, leading to workers leaving health services and putting even greater pressure on the NHS. It is vital that this pay battle is won.