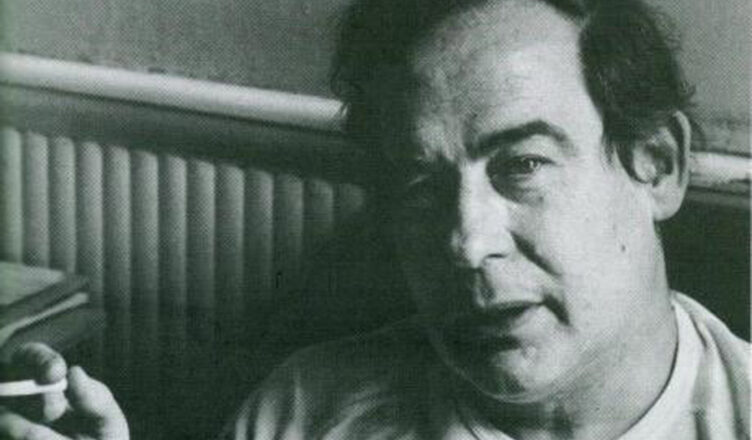 Ken Weller, a former leading light in the libertarian socialist organisation Solidarity, which dissolved in 1992, has died at the age of 85 on January 25th 2021. Born in Islington on June 30th, 1935, to a working class family, Ken joined the youth wing of the Communist Party, the Young Communist League (YCL) in 1951. He was an active member in its Islington branch, the second-largest in the YCL. He was at the large demonstration in Whitehall in 1956, protesting British involvement with Israel and the USA in Egypt, the so-called Suez Crisis. He witnessed mounted police exiting Downing Street to attack the crowd without provocation.

“I saw one knocking over a middle-aged couple who clasped each other in their arms for fear, knocking them flying; and I looked in the gutter and there was a banner pole, like a broom-handle, about five feet long, and I picked it up and the same policeman on a horse came charging at me and I hit him as hard as I could with it, broke the pole, and he turned round and went back into Downing Street. I don’t know what happened to him; and then there was a battle in Whitehall which was quite nasty; the police would grab hold of someone and there would be a battle over their body; in one scuffle I ended up at the back of the crowd with a policeman’s epaulette in my hand, minus the policeman; and then there were marches through the streets with linked arms. It was an emotional event, caused by a combination of factors. At the beginning of that demonstration, some CPers turned up with banners, just a few, you almost had to respect them, and they were booed! This was the party which had dominated left-wing politics, effectively the only people who ever had demonstrations apart from the Labour Party; they turned up for the Suez demonstration and they were booed into the square. A massive change in people’s attitudes and perceptions had taken place over those few months.”

He himself was affected by the emergent rebellious atmosphere, and was involved in a dissident group in the YCL, which produced its own paper with a circulation of 800. Around 1957-58 he moved in the direction of the Club, a Trotskyist formation led by the toad-like Gerry Healy, which became the Socialist Labour League in March 1959.

“A group of us in the YCL all left together, mainly working-class kids, well, we weren’t kids, young men and women, I suppose, and we came in contact with Healy’s people. My own path was through Peter Fryer, who I’d known in the Daily Worker; I’d met him and we’d discussed, and he sort of convinced me that this was the path of the future”. He was to comment later that “the first conference of Healy’s outfit all us dissident CPers went to, I remember how shocked we all were when we saw that many of the organisational and conference methods, you know, like the panel election of conferences, were practised in that organisation as well, to a more extreme extent, because a smaller organisation is much tighter.”

As Ken was to say later, “I began to become more and more of a dissident because I felt that most of the criticisms I’d had of the Communist Party were true, in spades, with Healy.” Healy started to turn the SLL away from industrial work, towards work within the Labour Party. This resulted in an opposition emerging around the building worker Brian Behan.

Ken himself, an engineering worker and shop steward in the Amalgamated Union of Engineering Workers (AUEW), was part of this opposition. Behan and his circle were expelled in May 1960, followed by seventy others who walked out in disgust. Ken was among those expelled.

He then took part in an attempt to set up a new group, the Workers’ Party, along with other ex-members of the SLL who had left with Behan. During the seamen’s strike of 1960, this group helped the militant seaman George Foulser produce a strike bulletin called Seaman’s Voice, two issues of which were produced. Elements of the group, including Ken, then became interested in the ideas of the French group Socialisme ou Barbarie and its founder Cornelius Castoriadis (alias Paul Cardan). The neurologist Chris Pallis and Bob Pennington, a working class militant, who had both been involved with expelling Ken, had themselves become interested in the ideas of Socialisme ou Barbarie, and when this came out in the SLL, they were both physically assaulted, Pennington in particular receiving some severe injuries. They were then both expelled. As a result, Ken united with Pallis and Pennington in a group at first called Socialism Reaffirmed, which published a journal, Agitator. After six issues both the journal and the grouping were renamed Solidarity. Pennington was soon to drift off in the direction of Pabloist Trotskyism.

Ken and other members of Solidarity became involved in the peace movement around CND and the Committee of 100 (C100). Ken and other Solidarists were on the industrial sub-committee of C100. As such he and Solidarity were involved in preparing for a demonstration of C100 in Red Square in Moscow in July 1962 and the distribution of a text, Against All Bombs, written by Ken, which called for the abolition of all nuclear weapons and denounced the Soviet regime. The Guardian described this as “the most direct challenge to official Soviet policies and ideas to have been presented to the Soviet man in the street since freedom of speech died under Stalin.”

Ken was also one of the Spies for Peace. On 16th February 1963 five members of C100 broke into a Regional Seat of Government (RSG) outside Reading. This was one of a network of nuclear bunkers reserved for the ruling elite in the event of a nuclear war. The documents discovered there were then used in a document, Danger! Official Secret, signed by the Spies for Peace. Three thousand copies of this document were handed out on the Aldermaston March organised by CND at Easter on 10th April, which were subsequently widely copied and spread further. As the demonstration passed the RSG, a section of it broke away and surrounded the RSG. All of this caused severe embarrassment to the government. None of the Spies for Peace were ever apprehended.

Ken was also involved in organising the incident at the Methodist Church in Brighton on 2nd October 1966, where Harold Wilson and George Brown spoke from the pulpit, hypocritically referring to swords being turned into ploughshares. As leading lights of a Labour Government supporting American war efforts in Vietnam, they were immediately confronted by political activists who had gained access thanks to forged admission tickets handed out by Ken. Nine demonstrators were to be arrested, among them the anarchists Nicolas Walter and Bernard Miles, and the Solidarists Heather Russell and Andy Anderson.

Ken wrote many of the pamphlets that Solidarity produced during its existence, in particular those around the theme of a particular strike, and these had an influence far beyond the limited membership of Solidarity. Among them were The BLSP Dispute – the Story of the Strike, What Next for Engineers?, Truth about Vauxhall, The Lordstown struggle and the real crisis in production , as well as a pamphlet written with Ernie Stanton, What Happened at Fords, partly based on his own experiences at Ford Dagenham in the 60s.He also wrote the important pamphlet GMWU-Scab Union, under the pseudonym Mark Fore, and contributed a historical section to the Solidarity pamphlet produced by bus workers , including the late Bob Potter, and helped distribute this around London bus garages.

As the ACG wrote in its text In the Tradition “Whatever Solidarity’s weaknesses (not least their fairly lax attitude to maintaining an international organisation and their lack of political direction after they effectively split around 1980). Solidarity was involved in important revolutionary activity and publishing for at least 20 of its 30 years, producing a wealth of literature defending a coherent vision of libertarian socialism that was unavailable elsewhere. Compared to many of the ‘class struggle’ anarchists in Britain during the 1960s and 1970s, they developed a consistent body of politics that recognised the need for working class self-organisation outside social democratic and Leninist models.” Ken Weller contributed importantly to this work.

Later on, as Solidarity staggered on to 1992, Ken wrote Don’t be a Soldier! The radical anti-war movement in north London 1914-1918, published in 1985, an important contribution to working class history in Britain. He was always open to sharing his vast knowledge of British working class history with other radical historians. Ken used to phone me regularly for chats about working class history and provided me with much information that helped me write some of my biographies of revolutionaries active in Britain, including Leonard Motler, Gertrud Guillaume-Schack, Johanna Lahr, etc. For example, I remember him sending me photocopies of correspondence by Motler, which proved most helpful. Sometimes I visited him in Lathom Road, where he drank large mugs of tea whilst talking about history and about the iniquities of Gerry Healy and the Socialist Labour League.

As an industrial militant, as a defender of libertarian socialism and as a chronicler of working class history, Ken’s life was inspiring and exemplary.