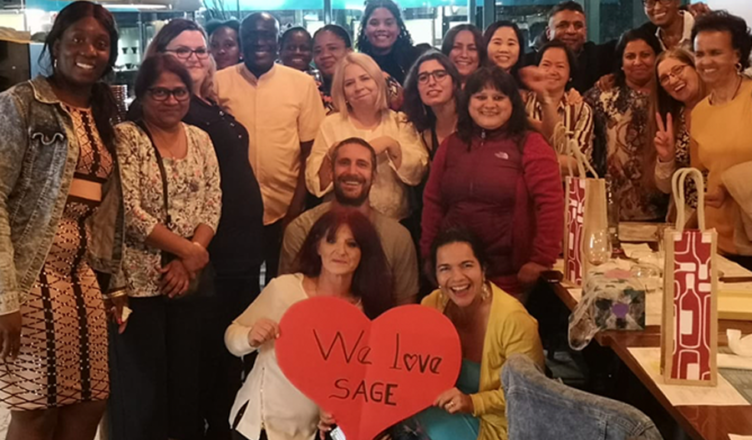 Article from No Safety, No Work campaign

With the pandemic out of control it has never been more important for workers to take action over unsafe working conditions, low wages and lack of proper sick pay. Throughout the pandemic, the mainstream unions have offered advice and talked with employers but strikes have been few and very localised. There have been no calls for national co-ordinated industrial action (see NSNW post on teachers). Instead, the base unions have led the way in supporting workers in workplaces largely ignored by other unions.

Care workers, cleaners and maintenance workers at Sage Nursing Home organised in the United Voices of the World grassroots union went out on a three day strike from 15th January. This comes after months of negotiations with the trustees of Sage over the demand for a £12 per hour pay rise and the sick pay and annual leave equivalent to what NHS workers receive.

The Sage bosses include two billionaire landlords and owners of the property giant Daejan Holdings, Benzion and Solomon Freshwater. The strike was called because of their unwillingness to negotiate in any meaningful way.

Present conditions mean that lack of sick pay forces Sage workers to turn up to work when ill, endangering both their own health and safety and that of those they care for.

Originally the plan was to hold a socially distanced picket but this was abandoned after Crown Prosecution Service (CPS) and National Police Chiefs Council (NPCC) guidelines stated that picketing, previously listed as an exempt activity under coronavirus restrictions, was now no longer so under new Tier Four restrictions. This was subsequently contradicted by the NPCC, which has publicly stated that picketing was still exempt in Tier 4 areas. These contradictory statements meant that a virtual picket was held instead, involving 400 people.

The workers remain solid and have garnered much support.