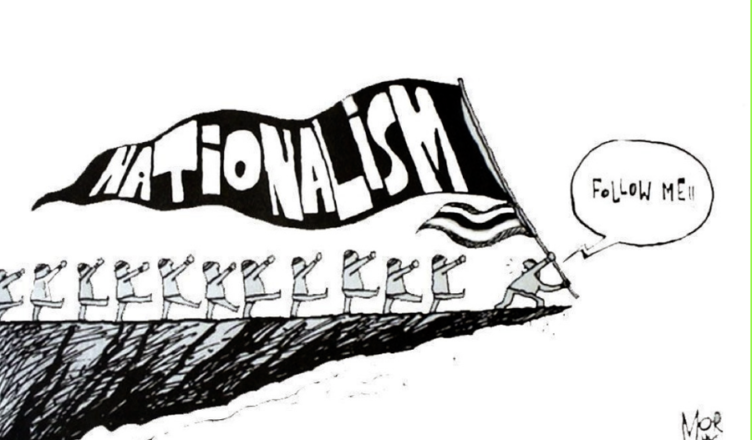 In December, the ACG held its annual dayschool, Libertarian Communism 2020. This year’s event was online and the topic for the day was nationalism, the nation state and class struggle. For those of you who couldn’t make it on the day, here’s the audio podcast:

Class Not Nation (scroll down the playlist)

Here’s the blurb for the event:

The nation state creates the illusion that the people who live within certain physical borders are united politically, economically, and culturally. However, this is not the case and belief in this illusion has led to many in the working class to support their rulers and bosses more than their fellow workers who are not identified as belonging to this nation. Though understandably groups of people who have been exploited and oppressed under colonialism want to free themselves, the end result is the substitution of another oppressive State, just with different people in charge.

Whilst many people understandably identify with the place they live, the way in which nationalism as an ideology has developed makes it very difficult to develop any sense of working class internationalism. Political and social movements have been diverted from fighting the real enemy- the capitalist class- and instead have focused on another state or another group or people as the cause of their situation. This can be seen all over the world – the conflict in Yugoslavia, Hindu/Muslim clashes in India, the horrendous genocide in Rwanda/Burundi and the hatred and violence against immigrants in the UK. Though the nationalism of Scotland and Catalonia may seem less dangerous, it is based on the same premises: that an independent Scotland or Catalonia will be better for all and workers stand side by side with the ruling class.

Nationalism is a form of identity politics: the belief that by sharing a particular identity, eg being Scottish, English, Welsh or whatever, that you automatically share certain essential characteristics. People may experience certain forms of exploitation and oppression because of having a particular identity, eg not being able to speak your own language or even genocide. However, this situation is based on the structural and material situation that people live in and has nothing to do with eternal or essentialist characteristics of different groups of people. The only way out of the situation is to see things in terms of class with the enemy being capitalism. This does not mean that identifying yourself as working class is enough – and repeating the same mistakes of other forms of identity politics. Rather it is seeing that there is a particular relationship between capital and labour that leads to exploitation. In the end we want to abolish class as well – ending all exploitative and oppressive relationships such that all that is left is human beings living in a free and equal society.

Libertarian Communism 2020 will consider all these issues, aiming to find ways of combatting nationalism and working towards a working class internationalism. Speakers will address the question of nationalism generally and then the next speakers will focus on nationalism in Catalonia (with a speaker from the CNT in Spain) and in Scotland.