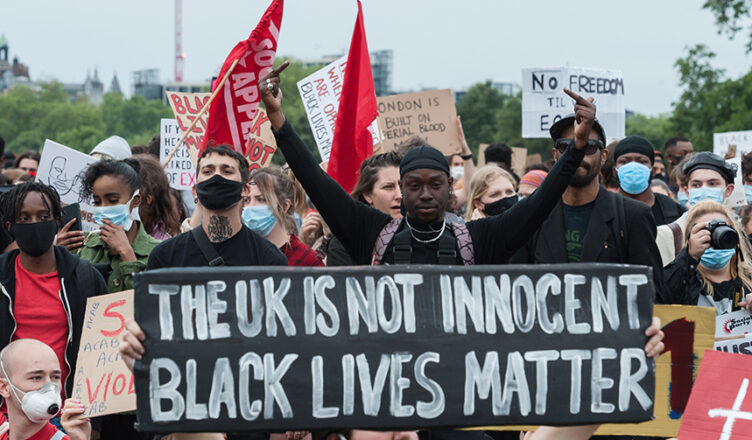 This week has seen applications of whitewash by Johnson and his pals that would make Dulux envious. We had the report from the Commission on Race and Ethnic Disparity that said that everything was hunky dory in Britain, that institutional racism does not exist, that racism in the UK is really the result of imagination. These findings were hardly surprising. Boris Johnson appointed Tony Sewell to head up the commission, and he has long been a denier of institutional racism. Sewell, who is head of a charity, has described the Black Lives Matter movement that swept through Britain last year as a sideshow and a “lower middle class revolt”. For him, racism doesn’t exist in the workplace or in education or on the streets. Institutional racism, for him, is imaginary, whilst racism at an individual level is not what it was.

Tell that to the thousands of black and Asian people who face racism on an everyday level. Look at the continuing disparities in pay and conditions in the workplaces among ethnic minorities. Look at the prisons, where ethnic minorities are disproportionally represented. Look at the streets, where cops harass young black people on a daily basis.

In his foreword to the report, Sewell , rather than address himself clearly to the history of slavery talked about the “Caribbean Experience” and that Britain is no longer a place where the ‘system is deliberately rigged against ethnic minorities’. Sewell goes on to say, “We have argued against bringing down statues, instead we want all children to reclaim their British heritage… We want to create a teaching resource that looks at the influence of the UK, particularly during the empire period. We want to see how Britishness influenced the Commonwealth and local communities, and how the Commonwealth and local communities influenced what we now know as modern Britain. One great example would be a dictionary or lexicon of well-known British words which are Indian in origin.” What???

This report will probably end up earning Sewell a knighthood, whilst Johnson attempts to sweep racism under the carpet. It will only add fuel to the rage that many feel about the situation.  Meanwhile, several academics listed as “consultants” on this report, have already said they did no such consulting!

A police watchdog ( more accurately a tame poodle), Her Majesty’s Inspectorate of Constabulary and Fire & Rescue Services (HMICFRS), meant to oversee Met police wrongdoing, found that the Met acted “appropriately” and in a “measured and proportionate way when they started brutalising people at the Sarah Everard vigil on Clapham Common. The watchdog is headed up by Tom Winsor, lawyer and former rail regulator, Zoë Billingham, formerly a Cabinet Office senior civil servant, Matthew Parr, formerly a Rear-Admiral and Wendy Williams, formerly Chief Crown Prosecutor, so hardly a cross section of society, but an assortment of senior civil servants, top echelon lawyers and military figures.

The issuing of the report was followed by Labour figures like Sadiq Khan, Mayor of London, and Kier Starmer, rushing to accept it. We can expect nothing less from the Labour Party.

Increasingly, we have to develop our own autonomous media resources, whether it be electronic, on the airwaves, or in print. We cannot rely on the so-called liberal media which increasingly sides with the government.