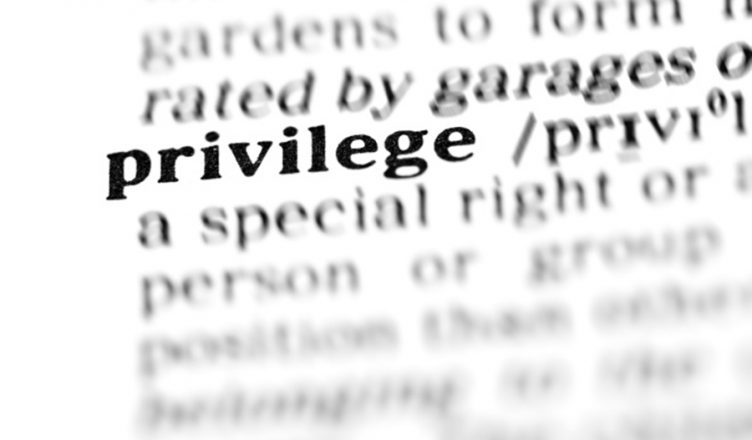 The following text was taken from Agitprop #15 at Zabalaza Books. It criticises the AF’s recent foray into ‘privilege theory’.

…………………………………
I’ve been blissfully ignorant of these ideas of privilege and the concept of checking it until very recently. It came across my radar after the fall out of a twitter row. A set of ideas were put forward, and argument was made. The response to this argument boiled down to the person was writing it from a perspective of “white male privilege”. The issues were side stepped.
I assumed that this was an abuse of a theory that I didn’t understand, that privilege theory wasn’t simply a handy tool to dismiss an argument because you don’t like the person making it. I asked on twitter for some links so I could find out what this theory was really about. The most interesting and by interesting I mean the most infuriating was A Class Struggle Anarchist Analysis of Privilege Theory – from the Women’s Caucus (scroll down for the article).
Before I explain my problems with the theory and its uses I’ll first briefly explain where I’m coming from. I’m a socialist. I believe in and strive for a universally applied set of values that can be simply described as equality and freedom. For a more complete explanation of these values AFED’s own aims and principles is as good place to look. These aims and principles provide a lens to view the world through and a yard stick to measure the validity or otherwise of ideas against.
People Act in their Material Interest
The AFED Aims and principles criticism of union’s touches on this, the interests of union leadership are often at odds with the interests of their members. The overthrow of the wage system, of capitalism while in the interests of the members is not in the interests of the leadership. Privilege theory takes no account of shifting material interests and instead is concerned with fixed categories of identity. Once analysis moves away from the material and into identity it’s almost impossible to reconcile it with class struggle in all but the most crude terms. In their analysis of privilege theory AFED abandon class struggle almost completely:

The term “privilege” has a complex relationship with class struggle, and to understand why, we need to look at some of the differences and confusions between economic and social class. Social class describes the cultural identities of working class, middle class and upper class. These identities, much like those built on gender or race, are socially constructed, created by a society based on its prejudices and expectations of people in those categories. Economic class is different. It describes the economic working and ruling classes, as defined by Marx. It functions through capitalism, and is based on the ownership of material resources, regardless of your personal identity or social status. This is why a wealthy, knighted capitalist like Alan Sugar can describe himself as a “working class boy made good”. He is clearly not working class if we look at it economically, but he clings to that social identity in the belief that it in some way justifies or excuses the exploitation within his business empire. He confuses social and economic class in order to identify himself with an oppressed group (the social working class) and so deny his own significant privilege (as part of the economic ruling class). Being part of the ruling class of capitalism makes it impossible to support struggles against that system. This is because, unlike any other privileged group, the ruling class are directly responsible for the very exploitation they would be claiming to oppose.

We believe that fighting systems of oppression that divide the working class, such as racism and sexism, is essential to class struggle. Anarchist-Communism cannot be achieved while these inequalities still exist. In order to be effective in our various struggles against oppression, both within society and within the working class, we at times need to organise independently as people who are oppressed according to gender, sexuality, ethnicity or ability. We do this as working class people, as cross-class movements hide real class differences and achieve little for us. Full emancipation cannot be achieved without the abolition of capitalism.

The twin issues of division and oppression are very real and need to be tackled. The important part of that is “We do this as working class people, as cross-class movements hide real class differences and achieve little for us.” The reason is that class is unique, other identity categories can feed into the material conditions and interests of a person but on a shifting basis. That’s not to say that patriarchy or racism are not real or that they can be dismissed but it’s not possible except on single, narrowly framed issues to equate the interests of any group across class lines. AFED claim this can achieve little for us. I go further and say that it ensures that struggles rooted in identity and not class can never feed into a wider struggle against capitalism because they are made up of people who don’t share the same interests, class interests. The overthrow of capitalism is not in the interests of the middle class whether they’re a cisgendered white male or not.
In their analysis of Privilege Theory AFED touch on racism:

At other times the benefits are more subtle and invisible, and involve certain pressures being taken off a privileged group and focused on others, for example black and Asian youths being 28% more likely to be stopped and searched by the police than white youths. The point here is not that police harassment doesn’t happen to white youths, or that being working class or a white European immigrant doesn’t also mean you’re more likely to face harassment; the point is that a disproportionate number of black and Asian people are targeted in comparison to white people, and the result of this is that, if you are carrying drugs, and you are white, then all other things being equal you are much more likely to get away with it than if you were black. In the UK, white people are also less likely to be arrested or jailed, or to be the victim of a personal crime. Black people currently face even greater unemployment in the UK than they do in the USA. The point of quoting this is not to suggest we want a society in which people of all races and ethnicities face equal disadvantage – we want to create a society in which nobody faces these disadvantages. But part of getting there is acknowledging how systems of oppression work, which means recognising that, if black and ethnic minority groups are more likely to face these disadvantages, then by simple maths white people are less likely to face them, and that means they have an advantage, a privilege, including the privilege of not needing to be aware of the extent of the problem.

As they say, black and Asian youths are more likely to face police oppression, their example that a white person is more likely to be able to carry drugs and not get caught is odd and isn’t privilege unless the police are harassing someone at all times and if they stop doing so on grounds of race white people are at higher risk.
The unemployment statistics make more sense; black people are oppressed in this way. Thinking of this in terms of privilege for white people isn’t useful in terms of understanding it and is positively counter-productive in tackling it. What is described is a material reason for solidarity. There’s a pile and some people are at the bottom of it, they belong to a variety of identity categories. The only way out of this is recognition that the injustice is the existence of the pile itself. Describing this in terms of white people being privileged fails to recognise the material conditions at the root of the issue, that the real issue is a class issue. Viewing it in terms of race only perpetuates the problem, the problem being the pile itself. Capitalism.
The last race riots in the UK were in 2005 in the Lozells area of Birmingham. The fight between black and Asian people was caused by the multicultural policy of allocating resources based on ethnicity. This is explored by Kenan Malik in his essay How to Make a Riot.
The racism, the division of working class people had at its roots material resources. The real grievances of those people who saw themselves as missing out were not racial they were class issues. Privilege Theory does nothing to help us understand let alone tackle this because there is no one with any actual privilege.
Privilege Theory is a tool for middle class people to tell people with no discernible privilege to “check their privilege”. It provides nothing of any use to a working class movement and undermines solidarity. It formalises an ad hominem argument when the issues aren’t convenient to discuss.
We don’t need it; we have a set of ideas and values by which to measure arguments against. What we don’t have, as working class people is much in the way of privilege unlike our middle class friends playing at being radical. It’s not a game.
………………………………………..
See also
From Zabalaza: With Allies Like These: Reflections on Privilege Reductionism and The Problem With Privilege by Andrea Smith.

Escalating Identity. Who is Oakland: anti-oppression activism, the politics of safety, and state co-optation: http://theanarchistlibrary.org/library/escalating-identity-who-is-oakland

A flawed but interesting article by the late Mark Fisher, which received a lot of flack at the time: http://www.thenorthstar.info/?p=11299