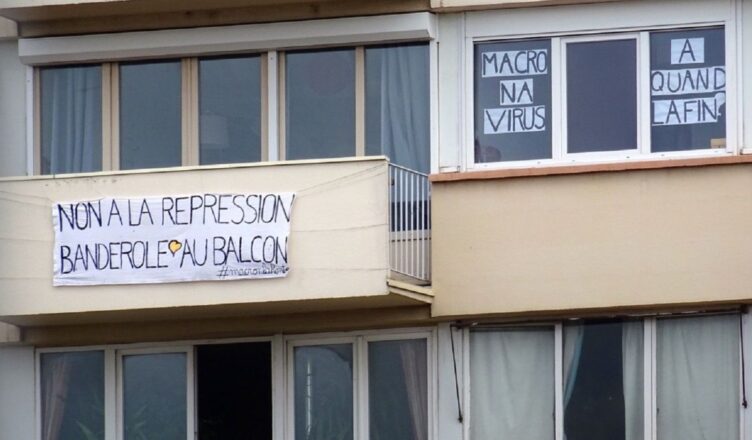 In Britain it’s been an 8pm round of applause for health workers. In France it was also at 8pm. But now French health workers are showing that clapping doesn’t pay the bills.

Thousands of people demonstrated on Tuesday June 16th in many cities and towns throughout France with heath workers carrying placards saying: “Thank you is not enough, we want action” and, “We don’t want medals, we want cash for workers and hospitals.” Some of those who have joined the rounds of applause in the past are coming out to join the demonstrations. In Marseille health workers threw their gowns to the ground to show their anger at their treatment, the long hours, the low pay and the attacks on the health service.

The health workers were joined by members of Gilets Jaunes (Yellow Vests) and railworkers, firefighters, postal workers, teachers, energy workers and chemical workers, as well as patients’ organisations, have bolstered the demonstrations.

There was a clear message that austerity has aggravated the results of the pandemic. There was also a demand that workers get a raise of 300 euros a month.

In the run up to these demonstrations there have been weeks of rallies outside hospitals.

The cops responded to the demonstrations by firing tear gas. The same health workers who were being praised a week or so before were now being attacked by a massive deployment of riot cops. Health workers were arrested and beaten.

On Saturday, June 13th, tens of thousands came out on a demonstration in Paris called by the Committee for Adama Traore, suffocated by the police in 2016. There were similar demonstrations on the same day in Lyon, Rouen and Marseille. The movement that began in the USA has re-ignited mobilisations against police murders and brutality in France. The police responded in their usual thuggish way with, yes, you guessed it, tear gas. This demonstration was preceded by the well -attended Dignity march on May 30th and June 2nd march called by the Adama Traore committee.

The demonstrations have exhibited an increased understanding that the problems of police violence and austerity are closely linked. One banner in Rennes on June 16th read “+Hospital beds, – Police crimes.”

As a result of these mobilisations the question of police violence in France is now very much out in the open and the subject of public debate. As one anarchist commentator remarked about the Saturday demo: “There was an almost insurrectionary atmosphere”.