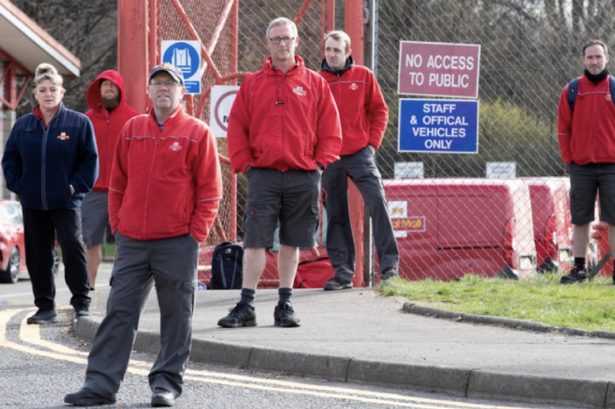 Postal workers in Alloa, Clackmannanshire took direct action against unsafe working conditions, a lack of suitable protective equipment and having to deliver junk mail, with a wildcat walkout on Monday morning (March 30th). The workers have had to continue to deliver bullshit advertising throughout the Coronavirus crisis, which adds significantly to the workload and is an extra stress.

So, out they went. Management whined that they hadn’t had a ballot! When workers are resolute and united behind direct action then they have the power to make their bosses move. The Postal workers of Alloa have set a fine example.

On Wednesday 25th March workers in the metal, chemical and paper industries went out on strike in the Lazio and Lombardy regions over health concerns over coronavirus. The CGIL, CISL and UIL union centrals reached an agreement with the government and decided not to support the strike despite pressure from rank and file workers.

Nevertheless between 60% and 90% of the membership of these unions in these regions came out on strike. In addition they were joined by workers in the civil service.

A nationwide strike took place at Instacart food delivery firm took place on Monday March 30th organised by the Instacart Shoppers and Gig Workers Collective. They accused the company of endangering workers and demanded protective gear, hazard pay and extended pay to those unable to work because of the virus. Instacart’s owner has a private fortune of $400 million yet is not willing to pay his workers.

Meanwhile Amazon workers in Staten Island, New York, walked off the job for similar reasons, saying that many had been diagnosed with the virus. In response Amazon sacked one of the strike organisers.

Nearly 100 restaurant and retail workers at the fast food firm Triangle in Durham and Raleigh, North Carolina held a one-day “digital strike” on Friday March 27th over unsafe working conditions, pay cuts and lost hours as a result of coronavirus. Not able to come out on streets, the striking workers assembled via Zoom.

Unable to protest in the streets, the striking workers stayed at home and instead gathered via a Zoom call.

Workers at the Whole Foods supermarkets, owned by Amazon’s Jeff Bezos are also set to walk out over similar concerns.

Thousands of workers at call centres in Brazil came out on wildcat strikes last week over concerns over health and safety and cleaning facilities and protective equipment. Call centres already face atrocious conditions packed into a hundred cubicles in each call centre. Workers are continuing in their organising.

In 13 prisons throughout Colombia, protests erupted over concerns over coronavirus spreading rapidly because of insanitary and crowded conditions. In Bogota, the capital, State forces brutally crushed the protest, killing 23 prisoners and injuring 83.

Scores of workers at the Coca Cola plant in the Maipu district of Chile’s capital Santiago, came out on strike on Friday March 27th, four days after demanding that management undertake sanitary measures against the virus. They blocked entrances to the plant.