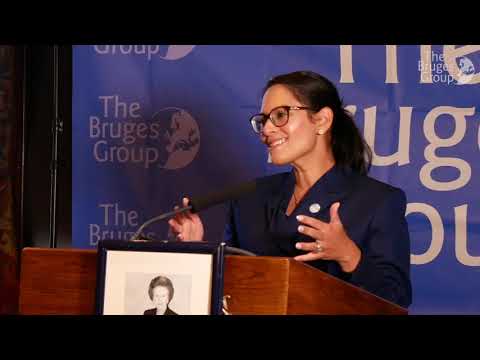 Priti Patel, the Tory Home Secretary, has, obviously, defended the rule of law by stating:

“It’s not for mobs to tear down statues and cause criminal damage in our streets, and it is not acceptable for thugs to racially abuse black police officers for doing their jobs…To the quiet law-abiding majority who are appalled by this violence and have continued to live their lives within the rules, I hear you. To the police who have been subject to the most dreadful abuse, you have my full backing as you act proportionately, fairly and courageously to maintain law and order. To the criminal minority who have subverted this cause with their thuggery, I simply say this: your behaviour is shameful and you will face justice.”

She went on to back the idea of a new law to prosecute those who damage war monuments, referring to slogans spray painted on the Cenotaph.

When rapid social change comes, there is often destruction of monuments symbolising the old order. This happened during the Paris Commune of 1871, with the destruction of the Vendome column, it happened during the Russian Revolution of 1917. In 1956 the huge statue of Stalin was torn down by the crowd, and in 1991 the statue of Dzherzhinsky, the founder of the repressive Bolshevik secret police, met a similar fate.

Patel has kept her pledge to defend the police as Home Secretary when she was elected. She continues to do so, whilst a movement has emerged in Britain that questions the nature of the police and its long record of deaths in police custody and its everyday treatment of black and Asian people.

But then again, that’s hardly surprising. Patel has spoken twice at meetings of the Bruges Group, a right wing think tank that includes many members of the far-right among its members. These include Martin Webster, the leader of the National Front in the 1970s, and the Holocaust denier Lady Michele Renouf, as well as many former members of UKIP. The Bruges Group is financed by a number of right-wing billionaires like Lord Malcolm Pearson, Michael Freeman, Sir Rocco Forte, and Lord Stanley Kalms.

At the Bruges Group conference in London on March 7th, the chair of the Group said, “I would like to congratulate Boris Johnson on appointing two spartans and Bruges Group speakers to high office. First, Priti Patel to be home secretary. I have a letter here from Priti thanking us at these difficult times for our support”.

The Bruges Group is an enthusiastic supporter of the Putin regime and its members have appeared on the Putin-controlled TV channel Russia Today. The leader of the far-right Alternative for Germany (AfD) has spoken at Bruges Group meetings in 2013 and 2015. Both Tebbit and Thatcher have been its honorary presidents.

Patel was forced to resign from the May government three years ago because of her meetings with Israeli ministers, business people and a senior lobbyist. It was she who voted for a stricter asylum system, she who backed May on the “hostile environment” policy which led to the persecution of members of the Windrush generation. She has consistently voted against the protection of human rights. She voted against same sex marriages, she argued that it was wrong to bring the police to account through the courts.

She is a rabid defender of the police. In our book, her record shows that she is the real thug.