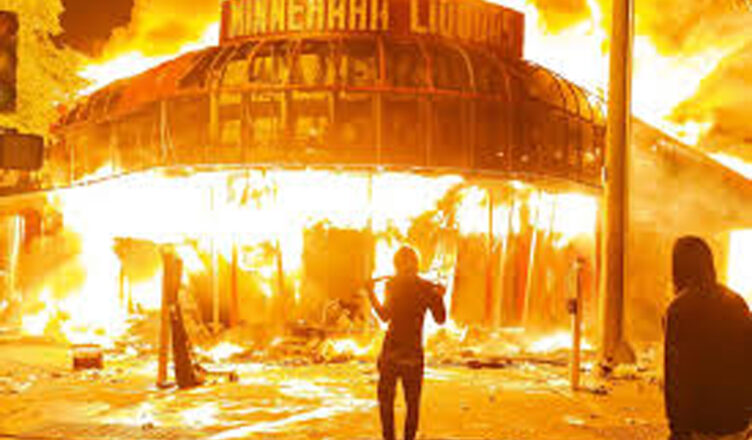 The United States was built on slavery, that of thousands upon thousands of Africans kidnapped from their home continent to work on plantations and as domestic servants. It was built on genocide of Native American peoples. It was built on the exploitation of the working class, many of whom had fled from Europe because of poverty and starvation, persecution and intolerance.

Despite the alleged aim of the Civil War being fought to liberate slaves, in fact that war, the first war involving modernised means of mass killing, was fought to establish the ascendancy of the Northern industrial capitalists over the Southern plantation owners. Oppression of black Americans continued with a form of apartheid surviving into the 1960s in the South. This oppression was reinforced by racist vigilantes like the Ku Klux Klan, and an equally racist police force, which carried out a campaign of terror via beatings and lynchings. In the North, where many Southern blacks fled to work in the factories, blatant forms of apartheid did not exist, but discrimination was still very much alive, and many black Americans there lived in ghettoes.

The US ruling class has always been fearful of insurrections and rebellions against the continuing system of racial oppression and discrimination, from the Nat Turner uprising and the John Brown raid, through insurrections in Los Angeles and Detroit and Memphis in the 1960s to today’s unrest.

What is significant about the latest unrest is that it is happening during the pandemic that has claimed over 100,000 lives in the USA. The various crises that capitalism is facing are coming together more and more and we see how flimsy the whole capitalist edifice is and how a social revolution could burst forth.

The horrific murder of George Floyd by the Minneapolis police once again ignited the powder keg of seething anger among black Americans. There have been too many shootings, too many beatings, too many judicial murders by the racist police.

It was compounded by the statement of Hennepin County Attorney Mike Freeman who said there was “other evidence that does not support a criminal Charge”. This, despite the evidence of the video, which clearly shows the cop Chauvin heavily leaning with his knee on a handcuffed Floyd’s neck, and robbing him of life. Freeman is the County Attorney who failed to charge cops for the murder of Jamar Clark in 2016, which itself brought days of rioting. He delayed six months in charging the cop who shot and killed Justine Damond in 2017. There is widespread disbelief that the loaded legal system can bring justice in the murder of George Floyd. Derek Chauvin already had 18 criminal misconduct charges filed against him, but he was allowed to continue as a cop.

Thousands swarmed into the streets of Minneapolis. Unrest soon spread to the twin city of St.Paul across the river. Department stores like Target and Urban Outfitters were burnt down, as well as a police station. Goods taken from Target were distributed amongst the crowd. The unrest didn’t just involve black Americans, but many from different ethnic backgrounds. Also important was that the warring street gangs called a truce, in a common front against far right vigilantes. Bus drivers refused to transport people arrested by the police during the unrest. The local churches offered aid to those gassed and batoned by the police and National Guard.

The unrest spread to thirty other cities. Twelve of these, including Minneapolis, were put under a night curfew, which was ignored by many.

Despite massive police violence, thousands turned out in Minneapolis every night. In Phoenix, Arizona, the crowd attacked the police station. In Los Angeles, a police car that drove into demonstrators had its windows smashed. There were large demonstrations in many towns, with the police responding with gas and rubber bullets. In Columbus, Ohio, the Statehouse was attacked. In Louisville, Kentucky, barricades were thrown up. Here as well as anger at the death of Floyd, the killing of Breonna Taylor by police in March was a factor in bringing people out on the streets.

Oscar Grant, Mike Brown, Tamir Rice, Eric Garner, Freddie Gray, Sandra Bland, Philando Castile, Marcus David Peters, Breonna Taylor, Ahmaud Arbery, Justine Damond, George Floyd, just a few of those who have been killed in police custody. And despite the many protests over the last few years, despite the Black Lives Matter movement, the murderous nature of the increasingly militarised and heavily armed police, their arrogance and blatant homicidal racism has not abated.

Meanwhile Trump’s tweets spur on the cops. Trump’s comments about looting leading to shooting, his “vicious dogs” and “ominous weapons” give encouragement to a deeply racist police force. In New York police cars were filmed driving directly at demonstrators.

Trump also tweeted about “anarchists” being behind the unrest. Certainly anarchists mounted demonstrations in various cities in solidarity but the unrest in Minneapolis and elsewhere was not the work of “outside agitators” but an increasingly angry local population. Liberals may bleat about the looting of Target and the attacks on police stations, but fail to see the incandescent anger of many black Americans, to say nothing of Latino and Asian communities.

In the past, the Ku Klux Klan, in most circumstances, carried out their lynchings at night. The murder of many black Americans in plain daylight are modern day lynchings. White supremacy is a part of American capitalism, it is integrated into the system.

The pandemic has amplified the protests. Numbers are far greater on these protests than previously. Many are struggling because of the lockdowns, many are without jobs. The murder of George Floyd, has acted as a focus, not just for anger about racist murders by the police, but for a general dissatisfaction with the system.