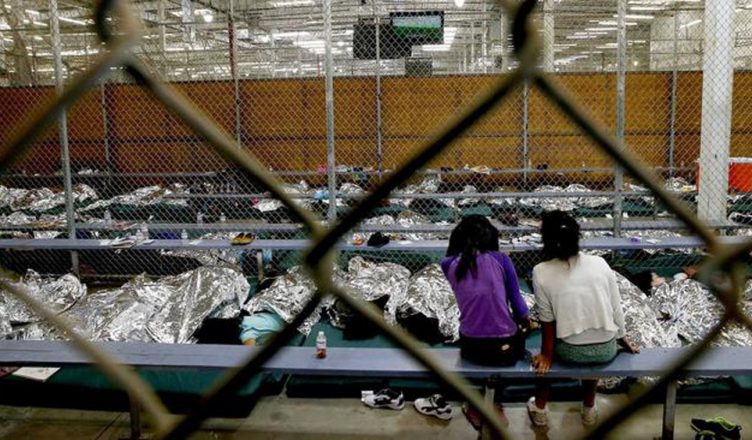 The fundamental idea of immigration is to leave one country and settle in another. Something which does not sound in the least bit harmful. And yet, all over the west camps are popping up – within which those people who wish to immigrate are being held. Countries such as the US and the UK are imprisoning these people.

How is this allowed to happen?

How can people sit around knowing that, people just like them are being held in prisons and what amount in some cases to little more than concentration camps, for the crime of stepping over an imaginary line (or as the nationalists like to call it, a border)? Well unfortunately there are several reasons for this: racism, lack of solidarity and fascism, to name but a few. It has become so bad that even when the horrific conditions placed on refugees are revealed to the public, they are still deemed by some to be undeserving of safety in this country. But perhaps we are being too kind – for to call this country safe for immigrants and refugees is by the day becoming more false. With hate crimes soaring, the way this country’s state and elite has acted to those that want to live here has been despicable, but predictable.

Britain (and England particularly) has a long and horrific history of racism, from its participation in the slave trade, to the atrocities committed in the name of its empire. Racial minorities have long been scapegoated as the source of all of society’s problems. But why is this? Well as you may have noticed from the constant attacks from The Daily Mail or The Sun about the “swarms” coming to the UK, these resentments do not come from everyday people – but from the rich and powerful. After all unless they have a vulnerable minority to try and shift the blame onto for all the hardships in life, people might start realising that it is indeed the rich and powerful who are to blame!

Unfortunately, although there are still marches against racism and effective callouts against fascism, there is considerably less in the way of activity against the incarceration of migrants. This needs to change. Now that the camps are already here, the vast majority of the population remain silent. This state led breakdown has been in the making over the last 50 years, but perhaps became most obviously disrupted in the 1980s with the Thatcher government. Having brought off the south with excruciatingly short-term economic boosts, Thatcherite policies were able to devastate the north and marginalise the unions by restricting their power and dismantling British manufacturing and the mining industry. From this free market approach, emerged gentrification and “yuppies” – someone who has no issue treading on those around them to further themselves and soon to become increasingly common around the UK . This self-serving mindset was fostered by Thatcherite ideology with its constant spewing of propaganda along the lines “the poor are poor because they don’t work hard enough”.

Unfortunately variants of fascism are once again rearing their ugly head all across the world, not least in the Americas with Trump and Brazil’s Bolsonaro. Fascism means many things, not least a state which builds camps and imprisons innocent people. But in the context of why nothing is being done, fascism brings with it an obsession with authority – a fascist mindset being one where there is a policeman in your head, meaning you have a complete inability to disobey authority. This leads to the truly disturbing situation whereas normal people will say immigrants deserve to be placed in horrific conditions on the basis they broke the law (with them sometimes even agreeing the law is unjust!)

How can we do this?

We must confront racist attitudes wherever we can find them. We must try and give as much support to refugees and immigrants as we can and we must try and build a revolutionary movement that will wipe borders and racism off the map of the world.