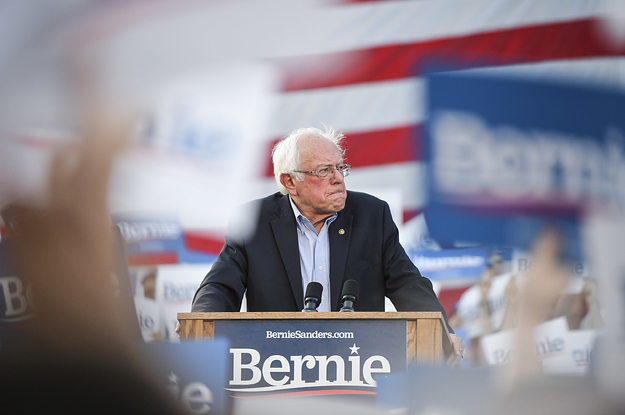 Just as Jeremy Corbyn’s last few months as leader of the Labour Party will be noted for their lack of tarnish, so too Bernie Sanders campaign to be Democratic Presidential candidate has ended in similar circumstances.

In a parallel development to the growth of Corbynism, was the emergence of Bernie Sanders as a credible Democratic candidate. Sanders, a lawyer (why are so many of the political class lawyers?) and millionaire, described himself as a democratic socialist and was able to unite the Democratic Socialists of America (DSA) behind him.

What is the DSA? It originates within the Socialist Party of America, whose most famous leaders were Eugene Debs and Norman Thomas and who were able to at one time to gain many thousands of votes during US elections. When that party changed its name to Social Democrats, USA and moved rightwards, one of its leaders rejected that drift and formed the Democratic Socialist Organizing Committee (DSOC) in 1972. At first small in numbers, it was able over the course of time to become the largest social democratic organisation in the Unites States, due partly to its merger in 1982 with the New American Movement (NAM) formed mostly of intellectuals who had a past in various socialist and communist parties. This merger led to the creation of the DSA, with 5,000 ex-DSOCers and 1,000 ex-NAMers.

The DSA grew further after an influx of young people after the victory of Trump in 2017, boosting it to a membership of 32,000 and with now a current membership of around 50,000. Over the years, the DSA has endorsed various Democratic presidential candidates, including Jesse Jackson, Barack Obama and now Bernie Sanders.

In reply to the question on their website “Aren’t you a party that’s in competition with the Democratic Party for votes and support?” The DSA answer: “No, we are not a separate party. Like our friends and allies in the feminist, labour, civil rights, religious, and community organizing movements, many of us have been active in the Democratic Party. We work with those movements to strengthen the party’s left wing, represented by the Congressional Progressive Caucus.”

Also backing Sanders was the important democratic socialist magazine Jacobin, close to the DSA and with a paid circulation of 40,000 and a large readership of its website, and the Trotskyist party, Socialist Alternative.

Sanders’ rise was similar to that of Corbyn. After he announced his decision to stand as Democratic presidential candidate in early 2019, over a million people signed up to volunteer to help in his campaign and he raised $4.7 million in individual donations. In the same euphoric atmosphere as reigned within Corbynism, Sanders was seen as the great saviour of the USA, indeed many Corbynites here expressed their support for him.

The end of Sanders’ campaign was a complete capitulation to the establishment presidential candidate, Joe Biden. Sanders agreed to endorse Biden and made no criticism of his policies whatsoever, saying that he would swing his supporters behind Biden in the forthcoming election in autumn.

Just like in Britain, where leftists like Owen Jones, Paul Mason and Novara Media have moved from support for Corbyn to support for Starmer, so too in the USA. Articles have appeared in Jacobin supporting Biden. Already Biden’s advisers are parleying with those of Sanders, to bring Sanders’ forces in behind Biden. Another leading Democrat politician and DSA member, Alexandria Ocasio-Cortez, also swung in behind Biden.

Sanders’ campaign does indicate the mounting anger among the American working class, experiencing austerity, unemployment and the coronavirus crisis. Just as in Britain, where Corbynism acted as a diversion from the creation of grassroots movements in the workplaces and neighbourhoods, so too has the movement around Sanders demobilised rising anger. The end result has been the same, in Britain the endorsement of the Blairite Starmer, in the USA the endorsement of the right wing-Democratic Biden.

The only gleam of hope in all of this is that many of those who supported Sanders as an expedient against Trump, will be reluctant to support Biden and begin considering relinquishing work within and support for the Democrats and start looking towards radical alternatives.