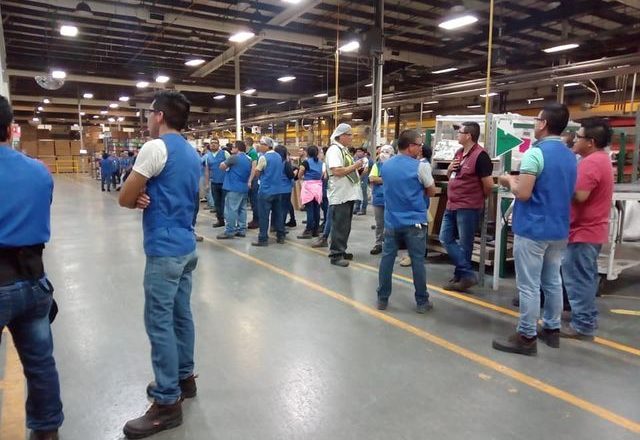 In January 2019 we reported on wildcat strikes among Mexican carworkers in the border town of Matamoros. Now they have gone out on strike again, this time over concerns about safety conditions in relation to coronavirus.

On April 6th there were further strikes at Kwalu and Kongsberg. There the bosses agreed to close the factories and pay workers 80% of their wages.

The government of President Obrador has been deliberately vague about which services should close down with the pandemic crisis, saying that it was up to private sector bosses to decide what to do. Whilst saying that companies should pay 100% of wages if their factories are closed, there will be no compunction to actually do this.

In fact workers at closed car parts company APTIV only paid out 50% of wages, a derisory 200 pesos.

The US economy depends on Mexican workers supplying cheap goods, including car parts, and is putting pressure on Mexico to continue to so, no matter that many workers could die as a result of the pandemic.