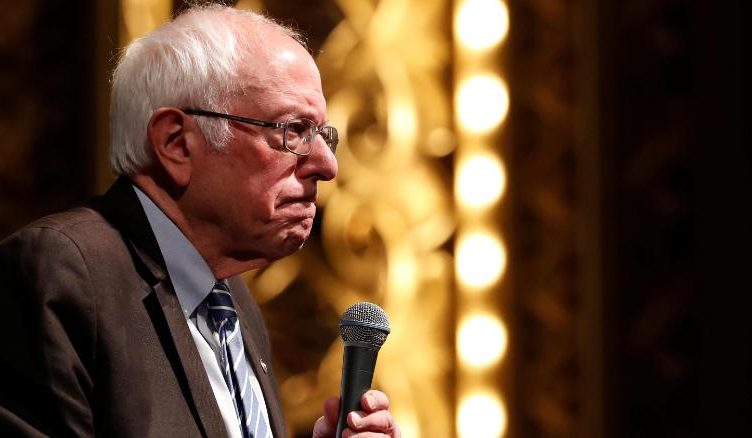 As we wrote on this website recently, the Bernie Sanders’ campaign for Democratic Presidential candidate has collapsed in ignominy, just like Plan Corbyn. Sanders, as we reported, has swung in behind the Democratic political machine, and along with Obama, is endorsing the most right wing candidate, Joe Biden. As if that wasn’t enough, Sanders is now berating his supporters for being, to say the least, lukewarm about this scenario.

While Sanders is making out that he can pressurise Biden to adopt more progressive policies, in return for Sanders’ support, another so called left Democrat, Alexandria Ocasio-Cortez and member of the DSA, is not even bothering with this sop to the Left. In an interview in the New York Times she stated that , “I’ve always said that I will support the Democratic nominee.” She went on further to say, “I think people understand that there are limits to what Biden will do, and that’s understandable — he didn’t run as a progressive candidate. But, at the bare minimum, we should aspire to be better than what we have been before. And I just don’t know if this message of ‘We’re going to go back to the way things were’ is going to work for the people for who the way things were was really bad.”

Now Sanders and Ocasio-Cortez, once the Great White Hopes of the left in America are now reduced to fawning fans of Biden.

The Democratic establishment was quick to welcome the prodigals into the family home. Obama said, “Bernie is an American original, a man who has devoted his life to giving voice to working people’s hopes, dreams and frustrations”. This from the man who promised so much to the American working class, and to black and Latino people and who ended up delivering very little. Biden himself went on record to praise Sanders as the “most powerful voice for a fair and more just America,” whilst previously he had accused him of being “disloyal” for running against him in the Democratic primaries. This establishment has made peace with Sanders and co. and there will be a process of co-option as he and his associates renege more and more on their progressive promises.

What this represents is a consolidation of the Democratic establishment. This establishment represents the desires of large sections of the American ruling class, disquieted by the wild card of Trump and his destabilising policies and statements which they feel have seriously damaged the USA as the superpower in the world. A victory for Biden would mean a return to the status quo and the Democrats, always a party of war, as witness the Vietnam war, the wars in Afghanistan and Iraq, and the bombing of Libya, would be ready to continue with their military adventures.

Neither Trump nor Biden are friends of the working class. Whoever wins the election in the autumn , American workers must be prepared to fight. So called allies like Sanders and Ocasio-Cortez have been shown to be false allies.