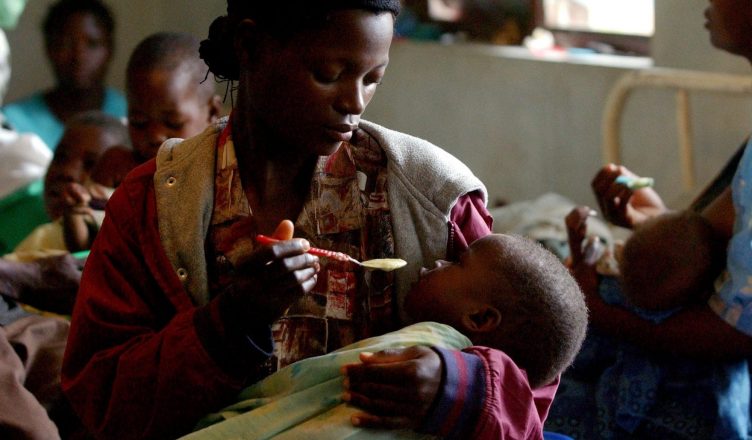 A large number of people are due to die of coronavirus and many countries have mobilised against the spread of the virus. Without in any way wishing to downplay the gravity of the situation, we should get some perspective on the situation.

Roughly 9.1 milion people die of hunger each year, and that can sometimes be 25,000 a day. Why is there no global mobilisation against these horrendous figures? Why has this been allowed to go on for so long? There is easily enough food to feed the world’s population but the capitalist class believes in making profits out of food, and limits the supply.

The same goes for HIV/AIDS. It has killed a grand total of 35 million since its appearance in the 1980s, that’s an average of 9.1 million deaths a year. So why has it not been dealt with in the same way as COVID-19 with high expenditures to deal with the problem? Because AIDS was seen as a “gay plague” and was in fact known as GRID (gay-related immune syndrome) before it got its current label. There was a lack of movement on the virus not least because of blatant homophobia. The tabloids in this country and elsewhere had a field day using the AIDS virus to attack and demonise gay people. Both the Thatcher and the Reagan governments refused to speak directly about gay sex and the various precautions needed because they feared they would be endorsing what they considered as “deviant” sex. The often moralistic health campaigns took no account of the specific reality of those affected. This inevitably led to the setting up of ACT UP groups around the world, formed by gay men.

Of course now HIV/AIDS is not seen as a “gay plague” anymore, although of course it has had a disproportionate effect on that community. It now infects 40 million people around the world, many of them women. This is particularly the case in Africa, especially in the sub-Sahara region, South Africa and Botswana.

In the USA infection rates are highest among the most poverty-stricken. Why is this? Because information about prevention, as well as treatment, are not aimed at the poor because there is little chance of profit for capitalism. In addition, HIV/AIDS spreads in areas where there is little education and healthcare. Other factors also affect that other community, drug users who inject. In Russia where poverty and despair have severely hit the working class, use of injected drugs is the main cause of the spread of the virus.

Many women infected by HIV/AIDS are often the poorest. The double work of paid work/unpaid housework and childcare often means that women have little time to get tested and ask for treatment. There is a direct relation between the spread of HIV/AIDS and poverty.

Recently the World Health Organisation (WHO) said: “Countries need to live up to their commitment to end the AIDS epidemic as a public health threat by 2030 – a target included in the 2030 Agenda for Sustainable Development adopted by the United Nations General Assembly in September 2015. The immediate challenge is to reach the Fast-Track targets for 2020, as HIV-related deaths are still unacceptably high. The 2020 targets include reducing the number of people dying from HIV-related causes to fewer than 500 000. Based on current estimates, this provides an opportunity to prevent almost 300 000 deaths per year.” However we see little sign of this happening, where’s the profit?