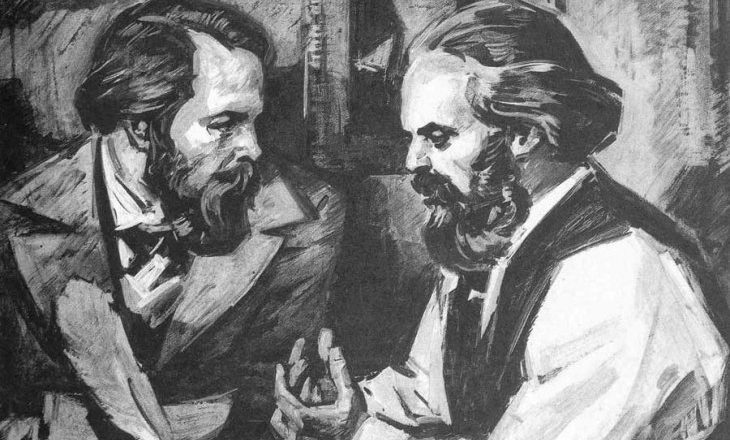 The following article is a chapter from The Idea: Anarchist Communism, Past, Present and Future by Nick Heath. We should point out that whilst we regard Marx’s analysis of capitalism and class society as a very important contribution to revolutionary ideas, we are critical of his attitudes and behaviour within both the Communist League and the First International.

Marx was to re-iterate his ideas and to put them into practice in all his time in the working class movement. “Without parties no development, without division no progress” he was to write (polemic with the Kölnische Zeitung newspaper, 1842). In a much later letter to Bebel written in 1873, Engels sums up this approach:

“For the rest, old Hegel has already said it; a party proves itself a victorious party by the fact that it splits and can stand the split. The movement of the proletariat necessarily passes through stages of development; at every stage one section of the people lags behind and does not join in the further advance; and this alone explains why it is that actually the “solidarity of the proletariat” is everywhere realised in different party groupings which carry on life and death feuds with one another”.