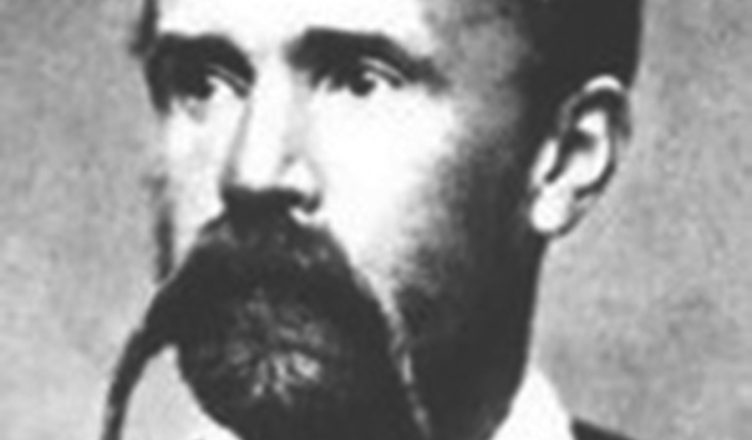 We reproduce here a brief excerpt taken from the projected book The Idea: Anarchist Communism Past, Present and Future written by Nick Heath. The text below describes how Joseph Déjacque was the first person to use the word libertarian as a term interchangeable with anarchist. Nick Heath also outlines how Déjacque was an early and significant theorist of communist anarchism.

The first two chapters of The Idea are currently available in full on Libcom.org.

Joseph Déjacque also participated in the 1848 events as well as in the insurrection the following year. In often extremely violent and poetic language, he attacked religion, property, the family and the State, and advocated action by small groups who would hasten the end of the old hierarchical order.

The massacres of June 1848 brought him not only to a rejection of exploitation and economic privilege, but equally to a rejection of all forms of authority. In exile in the States he produced a journal in French, Le Libertaire, the first recorded use of the term libertarian as an alternative to that of anarchist.

He continued the trailblazing work of the Humanitaire Group in his development of a kind of anarchist communism –“the anarchist community” (communauté anarchique). He rejected the strategy of Blanquism with its secret societies. Unlike Proudhon, he was able to reject the idea of the family. Indeed, he was able to offer fraternal criticisms of Proudhon himself, for his failure to carry his thoughts through to their ultimate conclusion.

He rejects Proudhon’s mutualism as much as he rejects the Statism of the inheritors of the Jacobin tradition. In reply to Proudhon’s belief in the individual ownership of the products of labour, Déjacque replied that “it is not the product of his or her labour that the worker has a right to, but to the satisfaction of his or her needs, whatever may be their nature”(“l’Echange”, article in Le Libertaire no 6, September 21, 1858, New York). It is true that he owed a great debt to Fourier, – and this becomes apparent in his pamphlet L’Humanisphere: utopie anarchique – but his Fourierism is one stripped of all its reformist and authoritarian traits and he often makes criticisms of the prophet of social harmony.

He may be correctly cited as one of the grandfathers of anarchist communism, his project of collective class emancipation was linked to complete liberty for the individual, thus being one of the first to re-define communism in opposition to the authoritarian concepts of Cabet et al.

Importantly, in opposition to Proudhon, he was deeply concerned with linking the emancipation of women to that of the working class. Castigating Proudhon for his rampant misogyny he was to say:

“Is it possible, great publicist, that under your lion’s skin so much of the ass may be found?…Father Proudhon, shall I say it? When you talk of women you appear like a college boy who talks very loudly and in a high key, at random and with impertinence, in order to appear learned, as you do to your callow hearers, and who like you knows not the first thing of the matter he is talking about …Listen, Master Proudhon! Before you talk of woman, study her; go to school.”

“Stop calling yourself an anarchist, or be an anarchist clear through. Talk to us, if you wish to, of the unknown and the known, of God who is evil, of property which is robbery; but when you talk of man do not make him an autocratic divinity, for I will answer you that man is evil. Attribute not to him a stock of intelligence which belongs to him only by right of conquest, by the commerce of love, by usury on the capital that comes entirely from woman and is the product of the soul within her. Dare not to attribute to him that which he has derived from another or I will answer you in your own words: “Property is robbery!” …Raise your voice, on the contrary, against the exploitation of woman by man”. …”centre right anarchist, liberal and not libertarian you want free trade for cotton and the candle, and you advocate protective systems of man against woman in the movement of human passions; you shout against the barons of capital, and you want to rebuild the high barony of male over female vassal; … ” (On The Human Being, Male and Female, 1857).