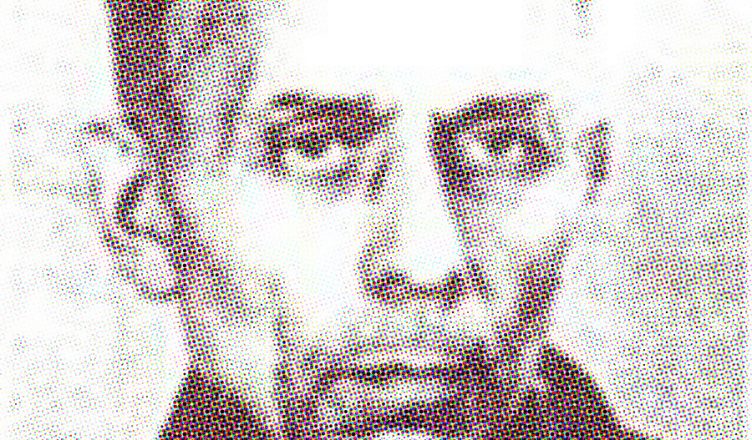 The dark night of Willi Jelinek

Wilhelm Rudolf Jelinek, or Willi as he was known, was born in Ludwigsdorf, Germany on Christmas day in 1889.

He lived in Zwickau, an industrial town in Saxony, in the former East Germany, not far from Chemnitz and the Czech border.

Metal smelting factories and mines are in the close vicinity. From 1922 to March 1933 the anarchist journal Proletarischer Zeitgeist (The Worker’s Spirit) had been edited there.
It was a weekly, anti-authoritarian in character, which attempted to develop links between anarchists and the council communists. It was distributed by Otto Reimers and gained the support of Otto Rühle, who was attempting to build the Bloc of Anti-Authoritarian Revolutionaries
Following World War II, in May 1945 only six survivors of the group remained. Twenty seven had been murdered by the Gestapo. One of the survivors, Willi Jelinek, had hidden the subscription list to Zeitgeist and now sent detailed letters to the most sure of these, with the view to reviving an organisation. Jelinek had been a member of both the anarchosyndicalist Freie Arbeiter Union (FAUD) and the councilist AAUD.

The Russians now occupying the area were pushing for the fusion of the Social-Democratic Party (SPD) and the Communist Party (KPD) to create a United Socialist Party (SED) which could be a camouflage for the Communists. Jelinek denounced this move: “The Communist Party plays the role of a fox who wants to calm the fears of the hare by making out he is a vegetarian.”
In another letter (February 1946) to anarchists he took a stand against any participation by anarchists in a socialist-communist bloc. He thought that the SPD-KPD union would be of short duration and then the anarchists would come into their own. Hence the need to reorganise the anarchist movement.
In June 1946, the Zwickau Circle – made up of old readers of Zeitgeist and workplace activists was formed. It started sending out information circulars to anarchists in the Russian zone and in West Germany. Jelinek re-established contact with Reimers, who had started building an anarchist organisation in Hamburg.

Five or six groups were set up in Saxony, the same number in Thuringia. Links were established with anarchists in Hamburg, Muhlheim and Kiel.
In the factory where he worked, Jelinek had been elected president of the workplace council by 95% of the workers and he worked within the FDGB union central in the Russian zone in order to extend his influence. The Communists, who had known him for a long time, thought that he had modified his ideas, but from the first meetings of the workplace council, they were quickly disillusioned.
When the united SED Party was founded, the Communists called on Jelinek to leave the presidency of the council – which he refused to do. The Zwickau Circle set up an Information Bureau and sent out circulars exposing the insurmountable practical problems in the Russian zone: the editing of a paper, the use of a duplicator, were forbidden.

Nevertheless, they resolved to continue. They decided to forget about the anarchists like Rudolf Michaelis who had joined the SED and to address themselves to the new generation and to the workers, showing them the nature of Stalinism. At the end of 1947, Jelinek wrote a pamphlet which would never be published. He denounced the ‘dictatorship of the proletariat’ “which signifies the authority of the leaders. Where there is obedience, there are leaders who command”. All dictatorship meant the rule of a minority. Distribution of leaflets and letters became more difficult. The police kept a constant watch on Jelinek. He took the precaution of transmitting the Zeitgeist subscription list to Willy Huppertz in Muhlheim in the Ruhr, in West Germany.

Huppertz was a freelance anarchist, active from the 20s on, who had belonged to no organisation, not even the FAUD. He had spent time in the Oranienburg concentration camp From March 1948 he edited and distributed the anarchist monthly Befreiung. Huppertz organised distribution of Befreiung and of anarchist leaflets to the Russian zone.
Jelinek still had some illusions that the regime in the Russian zone would ‘liberalise’ a little, allowing for the open circulation of an anarchist paper, and he wrote that things would be better under Ulbricht than under Hitler!
On November 10th 1948, he was arrested by two Russian officers accompanied by an interpreter and by an official of the German criminal police. His wife and son-in-law were arrested – and the latter disappeared without trace.

After a long interrogation Mrs Jelinejk returned to a flat which had been completely emptied of furniture. The anarchists in the Russian zone were summoned to a bogus meeting in Leipzig and arrested. Jelinek himself was sent to the former Nazi concentration camp at Sachsenhausen, which now housed opponents of the Communists!
There, Jelinek met up with other comrades and they set up a secret group. Jelinek’s ration was reduced, and then because of his continued association with other anarchists, he was sent on to the concentration camp at Bautzen.

Here prisoners suffered from hunger, and many died of TB. On March 13th 1950, a revolt took place and a commission of Russian officers and members of the German ‘people’s police’ promised better conditions. In fact, they became worse, and a new uprising took place on March 30th.
Jelinek managed to smuggle an appeal to West Germany about the miserable conditions in Bautzen and Torgau camps. The appeal appeared in the Hamburg Echo of May 15th 1950.
For this Jelinek was rewarded by worse treatment. At the beginning of 1952, two anarchists died of TB at Bautzen. On March 20th 1952, Jelinek was still in reasonable health when visited by his daughter. But on March 24th he died in conditions that still remain mysterious.
The little known story of Willi Jelinek deserves to be repeated, not just for the courage of a devoted anarchist militant, but as an example of what anarchists can expect under a Leninist regime.

By Nick Heath, edited by libcom