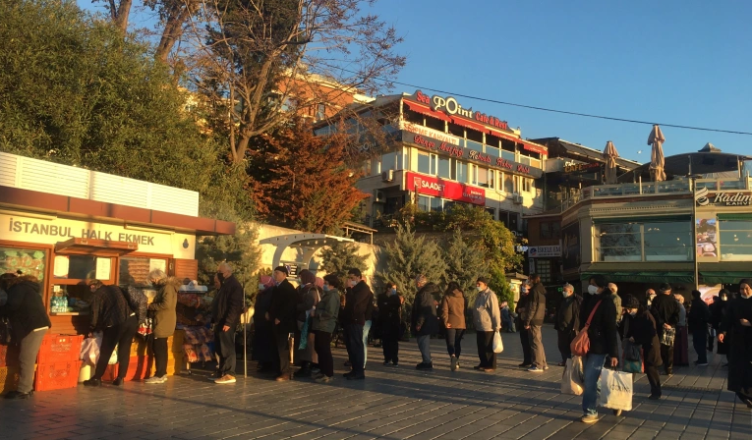 The Speaker of Turkey’s Parliament, Mustafa Sentop, was unequivocal about his support for the regime in Kazakhstan. “We believe that the state of Kazakhstan and the brotherly people of Kazakhstan will overcome these difficult days with common sense and will quickly attain peace and stability… Turkey will always stand by Kazakhstan.”

The states of Turkey and Kazakhstan have long had close relations, partly because of a perceived common Turkic background. However, this support for the regime of Tokayev may well also be influenced by fears that similar unrest will spread to Turkey.

Inflation in Turkey now runs at 36%. There are now long queues outside bakeries and petrol stations, imported medicines and medical equipment are in short supply and spontaneous demonstrations around the cost of living have broken out. This resulted in 70 arrests in various districts of Istanbul, in a country where only officially condoned demonstrations are permitted. President Erdogan is determined to keep interest rates low, thus fuelling inflation. Meanwhile unemployment has risen, prices have risen rapidly, including energy bills, and many are finding it difficult to make ends meet. Even the common socialising among friends over a glass of tea is now out of the question as tea prices have risen drastically. Many are being forced abroad to work as cleaners or waiters.

One MP in Erdogan’s ruling party has gone so far as to suggest that people should eat less, sparking widespread anger.

The pro-government columnist, Abdulkadir Selvi, of the Turkish daily Hurriyet, warned: “We can’t ignore what is happening today… We should stay strong but we shouldn’t miss the fact that broad economic turmoil has broad political consequences.” One economist has predicted that inflation might be as high as 50% by the spring. The crash in the value of the Turkish lira means imports are more expensive, fuelling the shortages of many items.

The situation has been aggravated by the Covid pandemic. The Erdogan regime has refused to take any serious action, keeping workplaces and educational establishments open. Only 20% of the population are fully vaccinated, and there have been over 9.4 million Covid infections. The official death toll is 82,000 but one member of the Turkish Medical Association has estimated the real number of deaths at more than 235,000.

It looks set to see a rise in social unrest in Turkey. The factors mentioned above, as well as Erdogan’s continued privatisation of services, are creating the conditions for a perfect storm