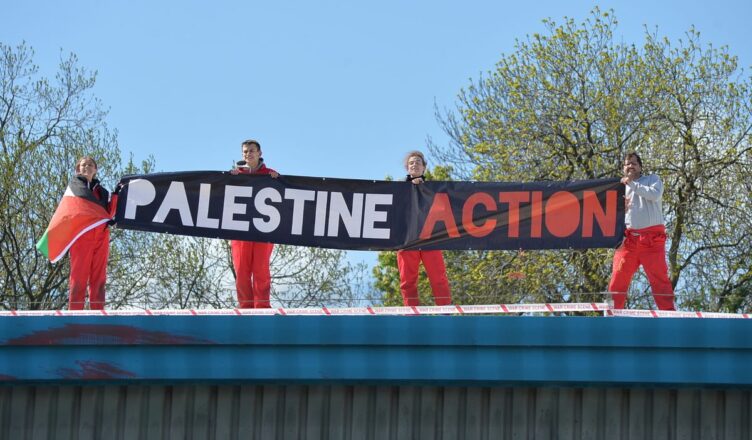 After six nights on the roof of Elbit’s drone factory in Leicester, Palestine Action activists have finally been stretchered down by Leicestershire police. Elbit is a French-Israeli company manufacturing drones used by militaries across the world as well as border enforcement agencies.

The action effectively stopped production at the plant for six days. Up to 500 local supporters from Leicester chained and blocked the gates, the Fire Brigade refused to assist the police in removing the activists, while passing Royal Mail trucks blasted their horns in support.

The blockade by local supporters prevented the police van holding the detainees from leaving for six hours until riot police moved in to clear a passage at midnight on Thursday. Although they used their shields to shove protestors out of the way, the Leicestershire Constabulary were fairly restrained when compared to the batons, horses and dogs used by their colleagues in Bristol, the GMP and the Met.

In response to the eventual eviction and arrests in Leicester, the grass-roots direct action group Palestine Action has taken over another Elbit factory, this time in Tamworth Staffordshire. 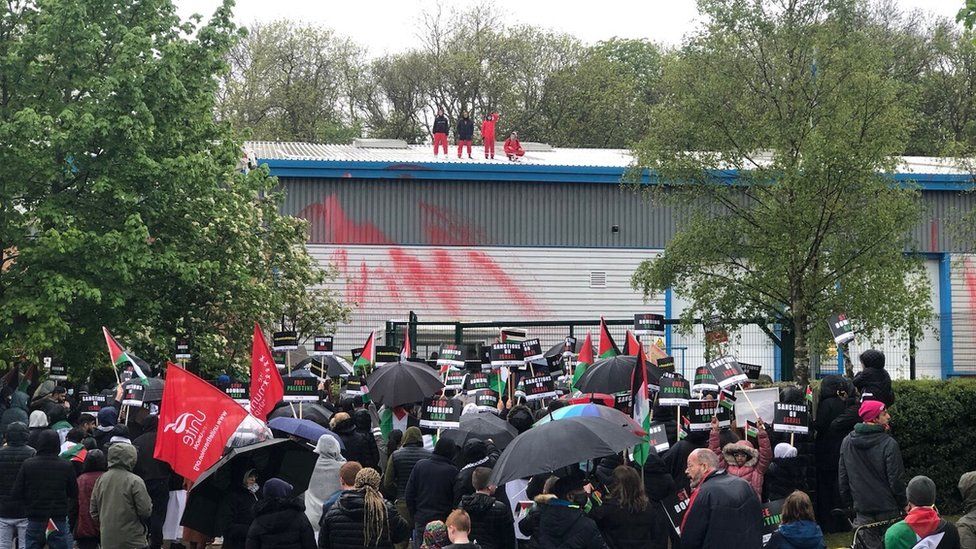