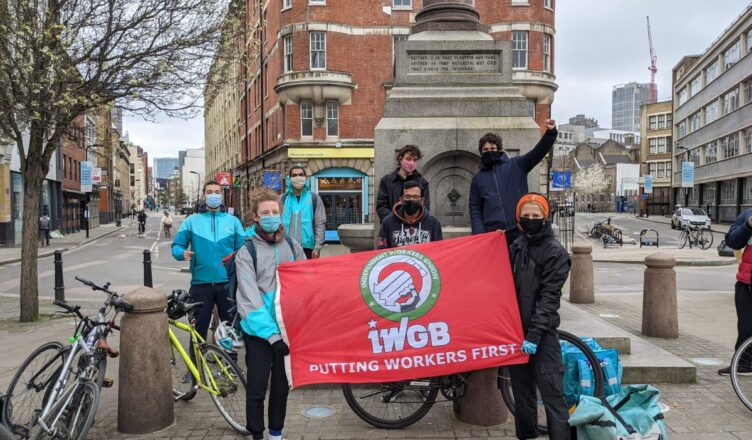 The grassroots union Independent Workers of Great Britain (IWGB) has made a strike call to food delivery riders employed by Deliveroo in the UK. This coincides with the meal delivery business being floated on the stock market this April. Deliveroo has a share price range valued at up to $12 billion.

The IWGB has crossed swords with Deliveroo before, taking them to court in 2018 over a failure to provide the minimum wage. However, the court accepted Deliveroo’s plea that the riders were self-employed. As a result Deliveroo has avoided paying the minimum wage, sick pay, and holiday pay.

The strike is being called for April 7th, the same day that Deliveroo is being listed on the London Stock Exchange. Another big hitter in the so-called gig economy, Uber, has already been forced to pay its riders more earlier in March. A Supreme Court ruling decided that Uber had to classify its drivers as workers, and not as self-employed contractors. While this doesn’t affect Uber’s food delivery branch, Uber Eats, it puts considerable pressure on Deliveroo, as does the decision over another food delivery service, Just Eats, to classify its drivers as workers. Hundreds of riders are expected to turn out for the strike. Deliveroo’s boss stands to make £500 million from the stock exchange flotation.

Meanwhile some Deliveroo workers are paid as little as £2 an hour, are not paid for waiting times for delivery pickups, and are not entitled to holiday and sick pay.