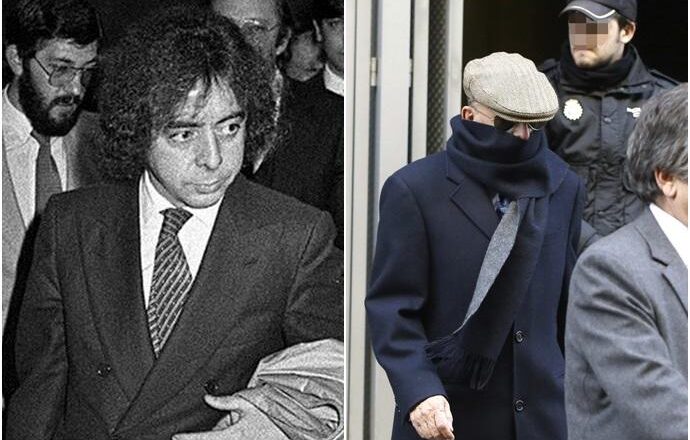 The state torturer Antonio González Pacheco, better known by his nickname Billy el Niño (Billy the Kid) died of coronavirus on May 7th in Madrid, at the age of 73. Like his old master Franco, he died in bed without being brought to trial for his crimes. In the 1970s he was a torturer under the Franco regime and then continued in this career during the “democratic transition”. He joined the police in the 1960s and became an inspector in 1971 and was in charge of a special brigade which investigated and arrested opponents of the Franco regime. He got his nickname from the habit of twirling his pistol in front of prisoners, and was involved in tortures like beating them whilst they were tied to a radiator or hanging from a bar, or on the soles of the feet, or forcing their heads under water. He is alleged to have been involved in the torture of hundreds.

With the death of Franco, he transferred to a new special squad, one in charge of anti-terrorist activities, where he acted against leftist groups like GRAPO and the Basque nationalist ETA. He retired in the early 1980s and then worked in private security. During all of this time up until his death he operated with total impunity, under governments of both the right and the left. In fact, he received four successive medals for services rendered to the State, and had a pension 1.5 times higher than a normal one. A “good and loyal” servant of the State is always well rewarded.

Some relatives of those who suffered under him tried to have him prosecuted but failed to get anywhere with the Spanish legal system. As a result, they took their case to Argentina. An Argentinean judge issued an international arrest warrant against Gonzalez Pacheco in 2013 on 13 counts of torture. A year later, Spain’s national court rejected extradition to Argentina to stand trial, stating that the statutes of limitation on the trial had expired.

More recently the Association for the Recovery of Historical Memory (ARMH) gathered 200,000 signatures in a petition to have him put on trial. The only result of this was that the four medals were withdrawn by the current Socialist Party (PSOE) government.

Now this government has as its junior partner the radical party of Podemos, so often lauded like its equivalent Syriza in Greece, as a model of leftist electoral politics. Like Syriza, it has acted against the working class, propping up the PSOE which has imposed austerity measures in the past (Podemos, in fact, was originally created as a result of disgust at the perceived betrayals of the PSOE). Now known as Unidas Podemos, its historic leader, Pablo Iglesias, serves as Vice-President of Spain.

In February Unidas Podemos voted in Congress against the disclosure of Gonzalez Pacheco’s service records. After the latter’s death Pablo Iglesias wrote on his Twitter account: “I beg forgiveness from his victims … The death of González Pacheco without having been judged, having kept his decorations and privileges intact is a shame for democracy and also for our government.” One would perhaps have thought that this might lead to the withdrawal of Podemos from the government, but no such luck. All of this is crocodile tears to hide the blatant hypocrisy of this compromised political party.