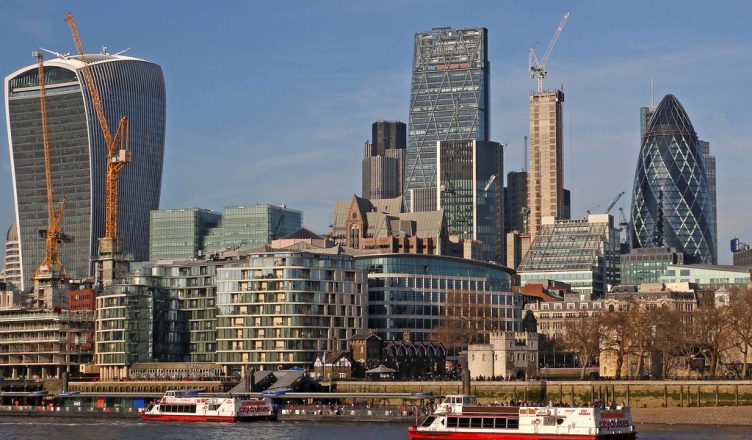 When Boris Johnson came to power as Mayor of London back in 2008, one of the many unkept promises he made was not to turn London into, in his own words, a high-rise “Dubai on Thames”. His predecessor, Labourite Ken Livingstone, had already started this process. A friend of the property developers, Livingstone openly encouraged the building of high-rise buildings. He held private dinners with property developers, attended the massive property fair MIPIM in Cannes, and publicly announced that it was OK for developers to build as big and high as they wanted, as long as his administration received a tithe to build affordable housing (this “affordable “ housing failed to appear). Livingstone promised a city that was “Open, tolerant, affluent, socially and environmentally responsible, a beautiful city of which Londoners and Britain can be proud.” He talked of a million new trees, a hundred new or transformed public spaces.

This led on to proposals for various high-rise structures, aping the precedent of the Gherkin building (nicknamed the Devil’s Suppository by some Londoners), like the Cheese Grater, the Walkie Talkie, the Doon Street Tower, Strata SE1, and the Shard.

This stampede towards high-rise buildings faltered with the crash. In the meantime, there was no sign of these million new trees, and only five of the public spaces materialised. The result of two terms in office was a long list of broken promises, a massive escalation in the number of skyscrapers, and a surge in the construction of ugly apartment blocks with tiny flats at high prices, with little sign of the “affordable” housing.

Johnson came to power in London with a promise to stop the proliferation of skyscrapers. In fact, very soon, he began to zealously follow the same policies as Livingstone, encouraging the property developers to build huge and shoddily built constructions. He approved the Columbus Tower in Canary Wharf, despite the objections of Tower Hamlets Council, and from there it went on. At first, developers promised environmental and social additions to the buildings, like wind turbines, as with the Vauxhall Tower and Strata, and public spaces as with the Walkie Talkies and its public viewing galleries. None of these, of course, ever materialised.

Local councils, many of them Labour, got on board as well, and helped facilitate the shoddy skyscraper boom. A huge proliferation of these tall buildings, many more than 20 stories high, has disfigured London.

The developers argued that London was growing, that it needed more homes and that building upwards was better than expanding into the green belt.

But in actual fact the majority of flats built under the property developers’ schemes are highly priced, and the sop of affordable housing that was meant to be factored in, as hoped for by local councils, has been proven to be derisory.

The local councils were also under pressure from central government to raise more of their revenue from approving planning permission for housing, whilst cutting it back from other sources. It was the same with the various housing associations which had taken over the bulk of council housing. The former and very dodgy Mayor of Tower Hamlets, Lutfur Rahman, was an enthusiastic advocate of building shoddily built skyscrapers, constructed closely together.

Meanwhile Johnson approved many of the projects he had originally said that he would veto. Things have not improved under Labour’s Sadiq Khan, who has overseen the building of a record number of high-rise buildings. Last year, sixty buildings of 20 storeys or more were completed, more than twice the number of the previous year, when 25 were built.

Nine out of ten towers completed last year were built for residential use, and you can bet there was very little scope for either “affordable” (not really) housing, and (don’t make me laugh) social housing.

Housing delivery under Khan is on an average of 37,000 a year, far below the promised 52,000 under his London Plan and very little of this was for social rent. Meanwhile, Robert Jenrick, Johnson’s Secretary of State for Housing, has called for developers to build higher, and with higher density and approves encroachments into the Green Belt.

The coronavirus pandemic has temporarily halted the skyscraper boom. It has also highlighted the need for a radical rethink about high density housing, which is now revealed as neither safe nor desirable because of the way people are packed in on top of each other with no gardens.

Working class Londoners have been betrayed on many levels, by Labour and Tory Mayors, by Labour and Tory councils, by the housing associations, and by Westminster. The lust for profit has forced many out of London where they are no longer able to afford to live. It has destroyed many working class neighbourhoods, and forced those who are still living there to exist in increasingly cramped conditions, with huge skyscrapers looming over estates and robbing them of light. It has put huge pressure on the beleaguered green spaces.

The coronavirus pandemic has heavily emphasised the importance of green spaces and it may prove a threat to the continued construction of tall buildings. Chair of Bartlett Real Estate Institute, Yolande Barnes, recently had to admit that “I have real worries in the commercial world about how lettable anything over six floors will be. It could well spell the end of tall buildings, at least for a short while. We are looking at a very different sort of new and normal”. As capitalism is forced to restructure with the coronavirus pandemic, then it is up to radicals and revolutionaries to intervene to demand changes of a social nature, favourable to the working class.