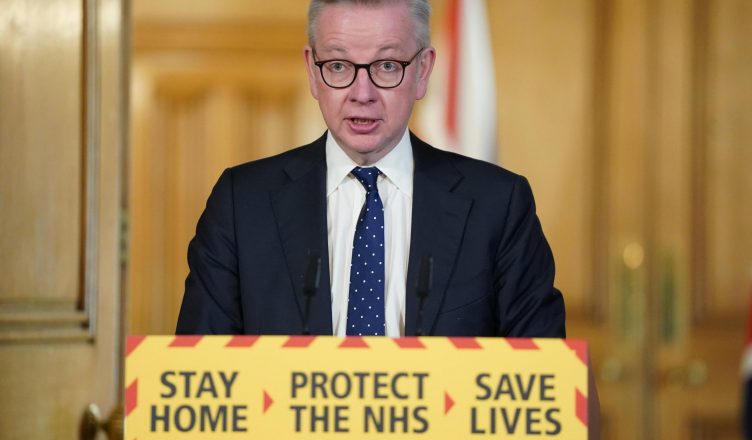 The boss class is already preparing to launch austerity measures after the pandemic crisis is over, in order to snatch back profit and to make us, the mass of the population, the working class, pay for something they have signally failed to control, and which has killed many of us, whether they be health workers, bus drivers or the elderly in care homes.

The former Tory Chancellor of the Exchequer, and now editor of the London Evening Standard, set alarm bells ringing when he recently wrote in an article that after the lockdown, more austerity measures were needed. We should be reminded that he was one of the architects of previous austerity measures which decimated the NHS and caused our health and social services to groan under the pressures of the pandemic.

Michael Gove has also hinted that massive rescue packages to businesses, as well as money paid out to furloughed workers, will have to be paid for “in due course”. For his part, Rishi Sunak, the Chancellor of the Exchequer, has said that the money “will need to be paid back at some point” and of “chipping in together to right the ship”.

Osborne was echoed by the German Minister for Economy, Peter Altmaier, in Germany who said “Once the crisis is over – and we hope this will be the case in several months – we will return to austerity policy and, as soon as possible, to the balanced budget policy.”

Indeed, many major companies are already inflicting austerity measures on their own workforces. The travel company Expedia, for example, is asking its workers to voluntarily reduce their working weeks.

The austerity measures over the last few decades, pushed by governments wed to market values, has, in the UK, caused an increase of 165% in rough sleeping, whilst life expectancy has stalled, and the number of those living below the poverty line has soared. Meanwhile average real wages only went back to their 2008 peak at the end of 2019. All of this has now been exacerbated by the pandemic, with a prediction of an extra 5 million unemployed by the end of the year.

Italy is now in a state of virtual bankruptcy, and other southern European states are not far off this, indicating further austerity measures there, another “iron cage of austerity” as former Greek finance minister Yanis Varoufakis styled it. Greece and Italy’s spending on health is well below the EU average, thanks to the austerity measures imposed on them.

We should remember that these austerity measures, both here and in the rest of the world, are actually costing many thousands of lives. Here the availability of hospital beds went to a new record low in 2019. The same goes for France, where a much admired health system is in a diabolical state, thanks to the cuts it has sustained over the years, not least under current President Macron.

In America, New York Governor Andrew Cuomo, who now portrays himself as a sane answer to Trump, was responsible for cutting $400 million from hospitals in his State and for empowering his budget director to make further cuts in the future.

We can now see more clearly that policy makers are basing their neo-liberal policies on a profound disinterest in human lives. The governments that imposed these measures are guilty of mass murder, as is the European Union, and the International Monetary Fund. They are guilty, guilty, guilty.

There is little sign that they will break with these disastrous and murderous policies. But the pandemic has revealed that what is most important is our health and the need for a caring society based on mutual aid and solidarity. Their plans for more years of austerity must be countered and new oppositional movements must be created to resist them.

No going back! No more Austerity! Make the Rich Pay!