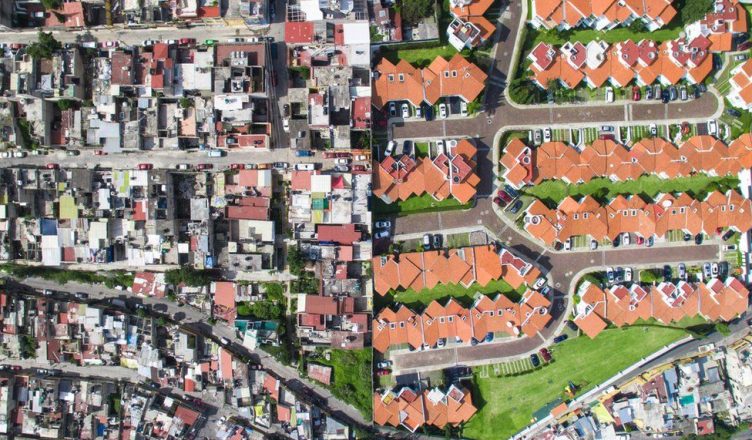 The ACG has published two pamphlets and given several talks on the issues surrounding land and the city (see our publications page for more details). Covid-19 has brought the problems of capitalism and current society into sharp focus, eg cuts and austerity, putting profit before need, and the treatment of low paid workers in the essential service. The same applies to land and urban space.

During the lockdown, we are told to stay at home. There may be some who are happy to bury themselves indoors with their computers and smart phones and live in cyberspace. However, study after study has shown that getting out and having some contact with green spaces is essential for both mental and physical health (See the ACG pamphlet on health). This is why the government has sanctioned getting out once a day for exercise. The experience, though, varies according to class. The richer you are the more access you have to society’s resources and the same goes for land and space. In other words, the well-off will have more room. Class determines where you live and what you own. The statistics say it all:

The very wealthy will have huge estates giving them miles and miles of land to roam. If they live in the city, they may have a mansion in some secluded area near to a park such as Hampstead Heath. Those a bit lower down on the scale of privilege will still own large houses in areas with easy access to green spaces. Rural Surrey and Kent are scattered with houses with immense grounds and woods and hills in which to wander at their doorstep.

Living in the city is another matter. Taking the statistic- UK housing (Including private gardens) occupies only 5% of the country’s land mass, and with a large part of the 5% taken up by big properties of the well-off, it means that the rest of us are squeezed into a very small area indeed. Many are piled on top of each other with no garden or even balcony. A study has shown that private gardens make up more than a third of the area in the wealthiest London wards but just a fifth in the poorest.

This has been the housing policy for decades- cram the working class into small space. It saved money for the government when it was building council flats and more recently it makes massive profits for developers as there are more flats to sell per acre of land. And there are plans to make London even denser. Global real estate company, CBRE, says in a recent document that ‘Rising densities in all our cities will create new social and economic opportunities by 2040’.

For those living in such cramped conditions, getting out is vital. However, it is not just the space at home that is an issue; space outside is also limited. London has a population density of 5,590 people per square kilometre. But certain boroughs, where a large proportion of the working class live, are more densely populated than others. Inner East and South London has 11,200 people per square kilometre whereas the more suburban boroughs have just over 300. Birmingham has an average of 4,110 and Manchester 4,485. Glasgow as a whole has 3,400 per sq. km, whereas the working class area of Govan Hill has over 11,000. Many other cities in the world may be worse off (Dhaka in Bangladesh has over 44,000 people per sq. km and Paris has 21,498), but still if you want to go out for a walk in the more densely populated areas of British cities, it is not easy to avoid other people. Walking becomes a case of ‘dodge em’ as you have to jump out of the way of joggers and go onto roads to avoid coming too close to people on the narrow city pavements. Density figures do not take into account the space actually available to people to move about. Most of the square kilometre will be taken up by roads, car parks, houses, offices, supermarkets etc. So what counts is how much green space is available.

London is known for its parks and gardens but the biggest parks are in the wealthier areas- in fact this is what would have pushed house prices up in the first place. Epping Forest has long been used by people from East London as a place to escape the city. It is a huge woodland of 5,900 acres. No problems for social distancing there! However, only those who live within walking distance can take advantage of it. And of course if you live close enough to walk to Epping Forest you will be pretty well-off. The average house price is £533536!

The value of access to green spaces for health became an issue before the pandemic and is even more of an issue now.

Those in working class areas will often struggle to find green spaces and if they do, they will often be crowded because there is not enough space to go around. The East London canals are packed with walkers, joggers and cyclists making a walk a bit of an ordeal. But where else is there to go? The council even closed one of the biggest spaces, Victoria Park, down for several weeks (now reopened but with reduced hours). In the other densely populated area of south London, Brockwell Park was closed for a period. Another study has shown that it is the poorest of London that are suffering the most from lack of access to green spaces. The wealthiest wards had the greatest proportion of public space on average at 35% compared to 25% in the most deprived.

Like just about everything else, we do not have to look far to find the ultimate cause of the lack of space for the working class. It is another example of profit before anything else. There have been massive cuts in parks budgets and public land is being sold off to the highest bidder, usually for another luxury housing development or an investment opportunity for speculators. Making working class areas more green and pleasant to live in is not a priority- it does not make a profit. Class inequality is seen so clearly in what people own and the quality of their environment. The land owning system with a few owning most of the country has to change. In addition, the class system itself must be abolished so that the stark inequalities in housing and access to green spaces are eliminated.

There are big questions to answer about land use in cities: how big should cities be, how dense should they be, what space for nature, what about vehicles taking up huge amounts of space with roads and car parks, should we have more space for growing food?  These can only be answered when we all have a say in making decisions and when human health and well-being is the goal, not profit and privilege for a few.