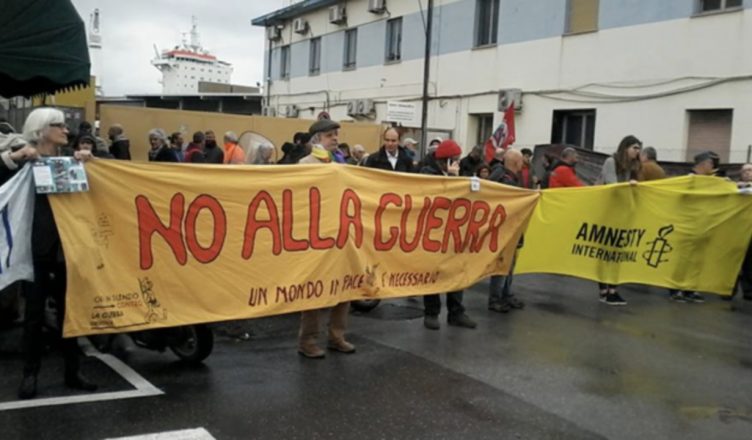 The Saudi ship Bahri Yanbu has been halted by dockworkers in the Italian port of Genoa.

The ship had previously picked up weapons for the war in Yemen from Antwerp, Belgium, but at Le Havre, France, it was prevented from picking up more arms for the Saudi military after a legal challenge by protesters from a human rights group. Now in Genoa, dock workers, with support from local protesters, have taken direct action and refused to load generators, saying in a statement, “We will not be complicit in what is happening in Yemen” and they also make the call to “open the port to migrants and close it to arms”.

While we are pleased that the legal challenge in Le Havre successfully prevented the ship from being loaded, we should also remember that the ruling class courts are rarely on the side of justice and the only sure way to prevent mass murder in this and other wars is when workers take direct action and physically prevent or sabotage the ruling class war effort.

This is the true spirit of anti-militarism and working class internationalism and the ACG applauds the dockworkers and their supporters in Genoa. We can only hope that this type of intervention sets an example to other workers also in a position to halt the bosses’ war machine.