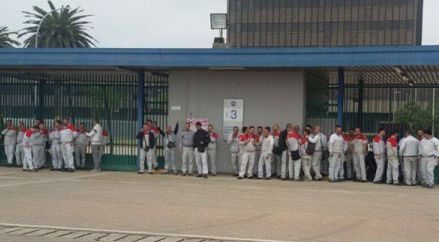 Union bureaucrats agreed a deal with the bosses to continue production in factories in return for some hygiene demands during the Coronavirus pandemic.

This was not enough for workers and they went out on strike last Tuesday at the Fiat car factory in Pomigliano, near Naples. The bosses were forced to close the factory, along with others in southern Italy at Melfi, Cassino and Atessa.

This was followed two days later by a strike at a Fiat car factory in Termoli, again in southern Italy. Again the bosses were forced to close the factory down.

In the north, in Venice, shipyard workers went on strike over coronavirus, as did steelworkers at Terni. Dockers in Genoa went out on strike too, demanding that their workplaces be deep cleaned. Workers at the Corneliani clothing chain also struck saying that they would stay at home until their health was guaranteed. Last Thursday, metalworkers in northern Italy, in Asti, Vercelli and Cuneo struck for the same reasons. The metalworkers unions were forced by workers to demand that factories close until 22nd March.

Shop workers in Lombardy have won concessions for time off and flexible hours at the Carrefour supermarket chain, H&M and Zara and to provide disinfectants, gloves and face masks and to consider paid leave if workplaces are forced to close.

Health not Profit! For a healthy society based on community and solidarity not profit and greed!