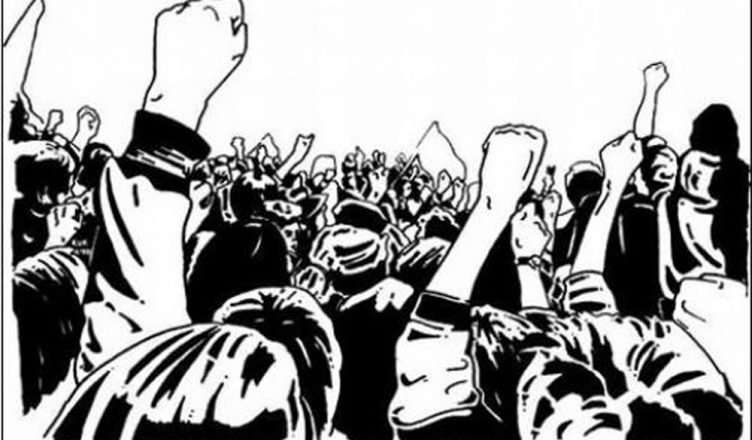 As we said when we were still in the Anarchist Federation back in 2015, “Grassroots groups and organisations emerging around housing and opposition to austerity must maintain their grassroots outlook and their horizontal organisation. The alternative is distraction from their vital action by the Corbyn circus and its left-wing cheerleaders; a path which only leads to disappointment and betrayal.” And indeed, the path has led to disappointment, with a massive Tory majority.

The Left reacted with horror to the results, Richard Seymour writing for Novara Media that “Disaster nationalism has just cut through the Labour heartlands, and there is no obvious solution. The seat losses may be reversible; as Momentum suggests in an email to its supporters, the margins of Tory victory being small. But the swings were huge, and the breach is historic. To rebuild any kind of Left in these constituencies, after decades of neglect and local Labour rule being pretty useless, will sadly require more than a six-week election cycle and a passionate campaign run by heroic volunteers. It’s no consolation that we probably have ten years of vicious Conservative government in which to do that rebuilding.”

The Socialist Party, for its part, bleated that we must “Refound Labour as a mass democratic workers’ party with socialist policies.” Paul Mason tweeted, “I think Labour can go to a million members if we learn from this defeat and stay positive, internationalist and left. Tell your friends: I just joined the Labour Party, will you too?” Elsewhere he wrote: “we need a new leader of the opposition. They have to be a person of stature and experience to withstand what’s coming. They have to be someone who can unite the Labour centre and the left.” David Broder writing in Jacobin magazine whined that “I’m Crying, You’re Crying. But Our Day Will Come… But by way of consolation, at least now we have more comrades to cry with, more comrades whose pain is our own and more comrades who will win, some bright, future day.” This range of reactions from deep gloom-Seymour-to blinkered optimism-Mason, the Socialist Party – to cringeworthy blubbing-Broder- reveals the bankruptcy of all of these pundits in their foisting of illusions in Labourism and social democracy.

As we wrote in Open Letter to Plan C: “For us, the key question in all of this is the autonomy of the social movements… We must argue the case that the new grassroots groups and organisations emerging around housing and opposition to austerity must maintain that grassroots outlook and horizontal organisation and not be distracted by the Corbyn circus and its left cheerleaders. It’s not a question of ‘in, against, and beyond’ the Labour Party, as one Plan C statement suggests, but realising that any real social movement that has as its goals the achievement of libertarian communism must be outside and against the Labour Party which has always been the enemy of real social change, has always been the social fire brigade when the fires of unrest flare up.”

In fact, the phenomenon of Corbynism revived a body that was in terminal decay. It was an episode in the decline of Labour, a decline which will now continue. In the process Labour was able to establish itself as the largest political party in Western Europe, hitting a figure of 564,443 members in 2017 (but falling to 518,659 by 2018). The development of the grassroots organisations that had developed around housing and against austerity, as mentioned above, were indeed, adversely affected by Corbynism, with the moving of some activists to Momentum and other Labour organisations. At the same time, very few of these new Labour activists were to lend support to these grassroots organisations, concentrating instead on long, boring party branch meetings where they attempted to wrest power from the Blairite/Brownite right, and on canvassing. They were seldom to be seen engaged in activism in the neighbourhood and on the streets. Indeed, the tempo of housing struggles has slowed considerably in London, and the Radical Housing Network, once a promising development that sought to unite housing struggles, is a shadow of its former self. Only in the sphere of environmental action has grassroots organisation developed with the climate strikes and the Extinction Rebellion mobilisations, although there is much to criticise in the politics of the latter.

The coming to power of an ever more right wing Tory administration will mean direct assaults on the NHS, further austerity measures, increasing moves to a police state, and a widening gap between the super-rich and the mass of the population. They will wage class war against us and we must respond with the strengthening of our networks of mutual aid and solidarity, with the growing of social movements, independent from political parties, based on mass assemblies and mandating of delegates. We must develop activity in the workplace, among tenants and renters, with anti-eviction actions, with migrant solidarity with mobilisations against deportations, to protect our services, whether the NHS or local services under threat from councils.

Remember, in France, a vast strike movement has developed under the Macron regime. Like Johnson, Macron has launched ferocious austerity measures against the working class and anger against his rule is on the rise. Alongside and intimately connected to these social movements, must be the development of a culture of resistance, of inclusive social centres and food networks. We have seen the power of the billionaire press in the last month or so, as well as the blatant bias of the BBC. We must develop our own media – that means, not just our social media, which can often operate in a bubble, but the development of street agitation with the production of widely distributed newssheets and other printed propaganda.

The new Johnson administration seems powerful and now deeply entrenched. But remember, the British ruling class is divided like never before. On one hand we have social democratic nationalists like Plaid Cymru and the SNP looking towards exit from the United Kingdom, increasing problems in Northern Ireland, and a Conservative Party seriously damaged by Brexit. As well as this, there are continuing problems for the monarchy, a cornerstone of the system. Not only has Labourite social democracy been hit below the waterline, but the project by factions within the ruling class to construct a new centrist party made up of the LibDems, ‘One Nation’ Tories, and the Labour right and centre, has ended up wrecked on the reefs. In this scenario, we should look towards developing a response in the spheres mentioned above. This will not be an easy fix, but will require determined action and propaganda over the coming months and years.