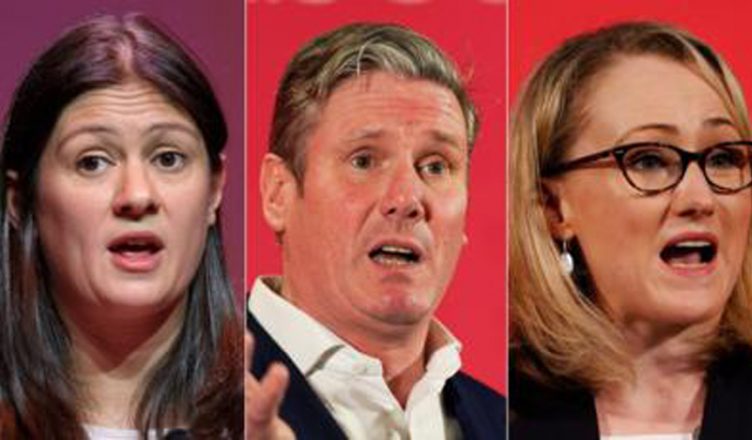 The contest for the leadership of the Labour Party ends today (Thursday April 2nd) and the results should be announced on Saturday. It is clear to us in the Anarchist Communist Group that the Corbynist project has failed and that Keir Starmer is due to become the new leader, orientating Labour towards a Neil Kinnock/John Smith style of leadership. One should remember that Starmer allied with the right to attempt to oust Corbyn back in 2016.

It seems likely that Starmer will now attempt to force sections of the Corbynites out of the Party, including Trotskyists and self-described “anarchists”.

It looks like Starmer will almost certainly look to the Labour right to back him in the months to come. He plans to put Rachel Reeves in place as shadow chancellor, who has gone on record to call Labour to be tougher on people signing on for benefits and hinting that immigration caused race riots.

But even if the left’s candidate, Rebecca Long-Bailey, would have been elected, it would have been a variation on the Starmer theme. Long-Bailey is herself tacking to the right after the Corbyn defeat and her so-called radicalism is a flimsy affair. As a Catholic she believes that the law on abortion at 24 weeks on the grounds of disability should be changed, coming out with the asinine statement that disability and non-disability should be treated equally, although apparently supporting women’s right to choose. She is against criticism of Israel and its policies against Palestinians, equating criticism of Zionism with anti-Semitism.

All of this shows that real radical change cannot come through electoralism. Even if successful against the onslaught of a media firmly biased against anything they see as “left”, the election of a social democrat like Corbyn would only end with the state management of capitalism, with an accommodation to supporting business, continuing austerity measures . Look what happened to SYRIZA in Greece, a supposedly radical party that initiated worse cuts than the previous government! Look what happened to Podemos in Spain, that is now keeping a party it swore to oppose, the Socialists, in power- appeasing capital, etc.

We appreciate that many young people, and those a bit older too, had high hopes in a Corbyn victory and had a thirst for radical change. But that radical change cannot come through the ballot box, it has to come through the creation of mass movements in the workplaces and the neighbourhoods. We say to them, do not despair, forget the Labour Party and get involved in grass roots agitation. Just because there is a Johnson government, doesn’t mean there cannot be an effective fight against austerity. Look at France, look at Chile, look at Puerto Rico. We feel convinced that after the end of the coronavirus crisis, an appetite for change can ignite new movements here and around the world. Forget Corbyn, forget Sanders. No turning back!