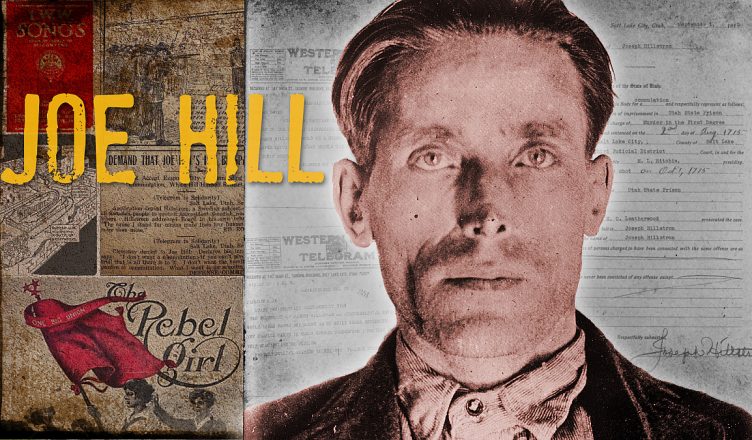 Joe Hill was one of the most effective and inspirational union organisers in the USA in the 20th century. Following the film we will discuss what we can learn from the experience of Joe Hill and others in the IWW about workers organising today.

Thursday 26th September : Discussion Meeting – This Land is Ours: The Fight for Land Justice

Land is the source of all wealth and our very existence. However, what should belong to all of us has been taken from us and concentrated in the hands of a small minority so that they own the land, decide its use (usually to profit themselves) and control access to the benefits. All our struggles, whether for housing, community centres, and good, cheap food or against climate change are struggles over how land is used and who makes the decisions.

There has been a tradition of fighting for land justice in Britain, most recently in the Scottish movement for land reform. People are beginning to question the idea of private property and moving to more radical ideas such as the land being a Commons- owned and controlled by us all. This talk will first look at the question of who owns and controls the land in Britain, consider what is being done in Scotland and elsewhere, and then open the discussion on what changes we would like to see.

The current transport system is based on the car and road-building culture. This is one of the key causes of climate change and pollution, both air and noise. Meanwhile, the public transport system is overcrowded and expensive in cities and non-existent in rural areas. With housing increasing in price in the centre of urban areas, people are forced to move further and further out and end up paying a large portion of their wages and time just to get to work. And, there is continual pressure to undermine the working conditions and safety concerns of transport workers.

Join us for a discussion of these issues and help develop a campaign for free public transport for all, building a united movement of workers and users.