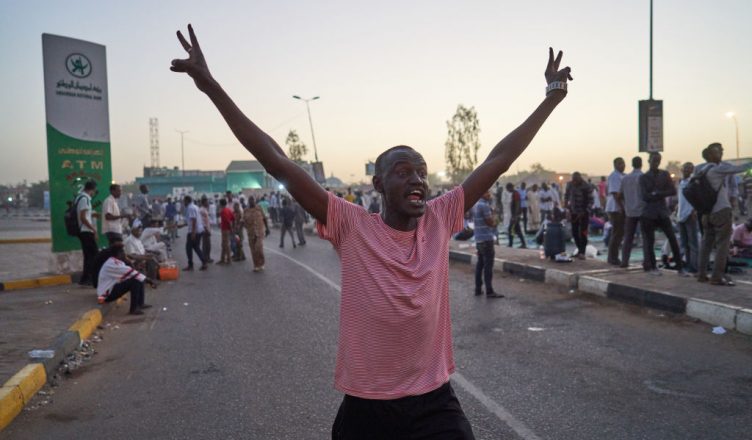 Despite the horrendous repression against the Sudanese masses, the rebellion continues. An all out indefinite general strike continues, shutting down the capital and many other towns. This despite the murderous rampage of the Rapid Support Force Islamist militias which tied concrete blocks to people before throwing them in the Nile.

Barricades were erected in the northern part of Khartoum to block roads and bridges. Meanwhile in Omdurman a demonstrator was shot dead.

It should be pointed out that the Sudan regime is a close ally of Saudi Arabia and the United Arab Emirates, who have said that they will finance the Transitional Military Council (TMC) to the amount of $3 billion. RSF miltias have fought with Saudi forces in the Yemen against Houthi rebels in a vicious war, and the leader of the RSF, Hamdan Dagalo, has expressed support for Saudi Arabia’s opposition to Iran. The military dictator of Egypt, el-Sisi, has also voiced his support for the TMC. Of course, all of these regimes are close allies of the USA. Meanwhile, the Ethiopian regime  is concerned that unrest might spread through the region and is attempting to broker a deal between the TMC and middle class elements in the Sudanese opposition.

Anti-Islamist sentiments have increased throughout the Sudanese mass movement.  Islamist clerics have been mobbed by angry protestors when they denounced the revolt, with one frantically backtracking and issuing a statement that he had opposed the Muslim Brotherhood in the past. A demand for the end of sharia law has emerged. In Sudan between 40,00 to 50,000 women a year have been flogged for wearing trousers, regarded as “obscene” by the Islamists. There is 90% genital mutilation inflicted on Sudanese women.

The unfolding Sudanese revolution, if it is too be successful, must sweep away the Islamists and the militarists. It must rely on its emerging strike committees and neighbourhood committees to drive the revolution forward.