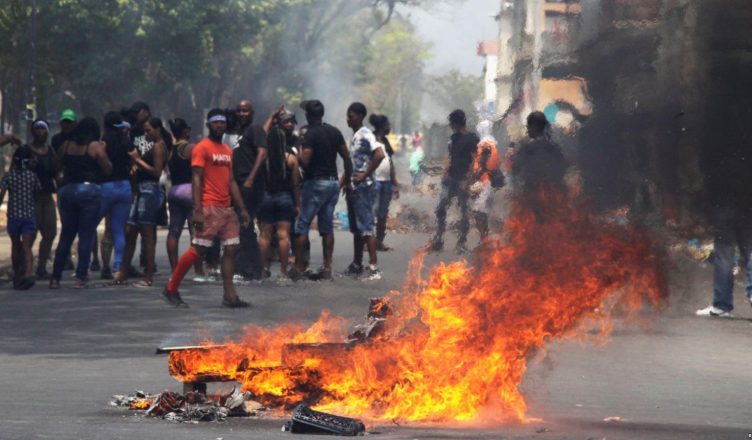 Born into a rich family in Panama, Juan Carlos Varela is an entrepreneur who is fiercely in favour of the free market. He led his conservative Panamenista Party into the elections in 2009, but was then bought off by his rival Ricardo Martinelli, who offered him the vice-presidency if he stopped running against him. In 2014 he won the presidential election, coming in on promises to develop the economic infrastructure of Panama and to proceed with urban renovation in the free trade zone city of Colon.

There has been some economic growth in Panama in recent years, double the average for central America.  However almost 27% of the population lives in poverty and almost 16% in extreme poverty. This is worse in the countryside.

In March of this year the urban masses in Colon told Varela what they thought of his “urban renovation” there, which they equated with social cleansing. They rioted. They were also fed up with the slow pace of renovating the sewers and water supply system, the decay of public schools and healthcare. A large march protested against all this and rioting then broke out with some buildings being burnt down. At the same time a two-day strike broke out in the port. As one local community organiser said: “what mainly motivates us is the perverse aim of Panamanian President Juan Carlos Varela to use our money to kick poor people out of the city and hand it over to the rich.”

Things got worse for Varela on 16th July with announcement of 8.4% price rises in electricity. A 24-hour general strike broke out, backed by 18 different sectors of worker. Perhaps the most militant have been the building workers and the teachers. Building workers had already been out on a four-week strike demanding a 60% pay increase. The union leadership sabotaged the strike by stopping strike pay and ending the strike. However, the electricity hikes galvanised the building workers again. Anger against the union leader Saul Mendez surfaced and he was accused of being a thief and sell-out by angry workers.

Meanwhile 90% of the teachers walked out to join the strike. This followed strikes in March and April demanding the payment of unpaid benefits and an increase in the education budget.

In addition, workers at the sewage and water authority went out on indefinite strike, demanding the payment of unpaid benefits and a pay increase.

Simmering discontent at the privatisation of many industries is increasing, as workers’ pay and benefits are driven down and more and more are in precarious work as a result, as many families have their water cut off for non-payment.

115 millionaires collectively own $16 billion whilst a fifth of the population live in poverty.

Throughout Latin America the tempo of the class struggle is increasing. Workers and peasants and the urban poor need to reject the politics of both the right and left parties, who falsely promise economic renewal and a struggle against corruption. They need to rely on only themselves and go on to build an autonomous mass movement that sweeps aside the union leaders and the politicians and confronts the rich minority and its servants.