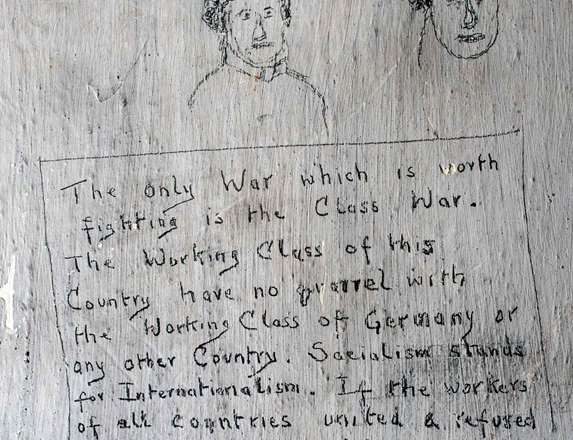 “By any criteria the world is in a problematic state. There are ominous signs of worse to come. The rise of Trump and other populists is the outcome, not the cause, of a life-threatening crisis for world capitalism which started decades ago and which has seen the working class share of GDP decline ever since. Since the 2007/8 financial crash the pretence that international bodies like the UN can keep the peace or that the IMF can resolve the problem of a world economy paralysed by debt has worn more than thin. The ground is now being prepared for the ‘final solution’ to the crisis: war – large-scale, world war. There isn’t a set of progressive policies which can alter this course.”

“But the alternative is not to do nothing. The alternative is not to be dragged into support for the lesser imperialism. The only alternative to capitalist barbarism and towards a civilised future is for the working class of the world to raise its head and reject all war but our own class war for a new world of peace and prosperity where borders, wars, states, and the financial speculation and production for profit which cause them, are a thing of the past.”

“The capitalists think the working class is dead as an international political force. But there is a groundswell preparing to challenge their complacency. If you are interested in being part of this, come and discuss how we can launch No War But the Class War in the North East.”

Organised by the Communist Workers’ Organisation.