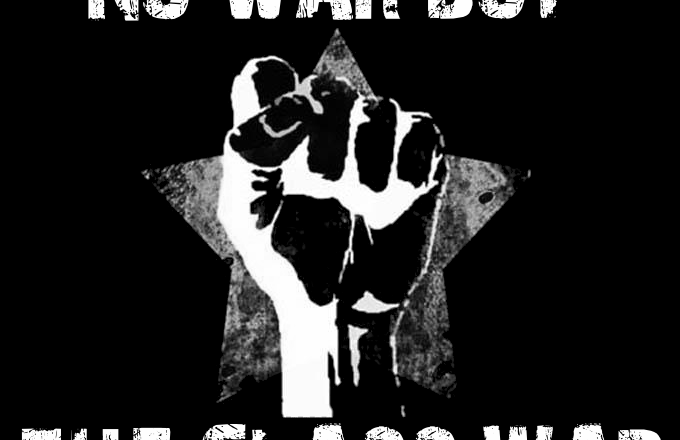 No War But the Class War
London section

Following a proposal by the Anarchist Communist Group which was supported by the Communist Workers Organisation and the Guildford Solidarity Group an inaugural meeting of this grouping was held on 2/6/18.

Presentations were given by speakers from the ACG and the CWO. Speakers pointed to the fact that the current international situation was one in which the drive to war was visibly increasing. The most obvious example of this was the present conflict in the Middle East where major powers were directly involved and the prospect of a wider war in which more local powers became directly involved and the major powers confronted each other was increasing. The conflict in the Ukraine and the standoff in the South China Sea were further examples. The drive to war was an outcome of the capitalist crisis which was driving the capitalist class to more open imperialist interventions together with trade wars and, of course, more vicious attacks on the working class. War was a direct consequence of the capitalist system and in the longer term the only way in which war could be avoided was the overthrow of the capitalist system and the establishment of socialised production. The only force able to do this was the working class acting on an international basis opposing all factions of the capitalist class. However the working class was weakened by divisions, divisions which the capitalist class was attempting to widen. The foremost of these was nationalism which was clearly used in the Brexit referendum, the US election and the small nation nationalism of the likes of Scotland, Catalonia, and Kurdistan. Nationalism would be used to justify future wars and recruit workers as cannon fodder. The only route to preventing war was the class struggle, and this means a struggle against the national ruling class in all nations. The slogan under which this struggle should be conducted was, “No war but the class war!”

Following the presentation there was an hour of discussion after which the meeting agreed to set up a group of facilitators. One was nominated from each of the organisations supporting this initiative. An email list of those supporting the London No War But the Class War was compiled and facilitators were tasked with keeping supporters informed of further meetings or actions. Further publicity would be agreed by the group of facilitators.