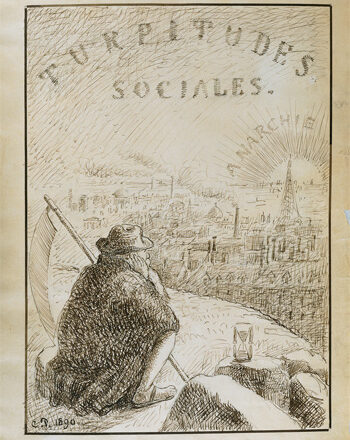 The year 2023 promises to be a very interesting one. The UK government has been forced to borrow more than during the worst financial crisis since 1929 and the worst pandemic since 1918-1920. Government borrowing rose to a record £22 billion in November 2022. This is three times more than the previous year’s £8.1 billion. This is the highest monthly figure for November since records began thirty years ago.

This rise was caused by a 50% rise in interest payments on government debt due to inflation and an increase in spending due to factors like £1.9 billion in energy bill support payments.

With the rise in borrowing and a recession developing, public borrowing is predicted to rise to £175 billion in 2022/23, £50 billion more than in 2021/22. The Government is now spending more than it is bringing in despite an increase in taxation. With the most of the costs from the government’s energy price support in 2022/23 still to come through, this is why public borrowing will rise to the £175 billion quoted above, 7% of GDP.

This will mean that the Chancellor of the Exchequer will keep an even tighter grip on public finances.

Seven in ten adults expect the coming year to bring worsening .0economic conditions according to an Ipsos survey. This followed an announcement from the Bank of England that the UK was facing a recession that could last two years.

Alongside this has been the huge rise in energy costs with 75% of businesses seeing operating costs rise sharply.

The Office for Budget Responsibility has stated that household disposable incomes will drop by 4.3% in the current financial year and by 2.8% in 2023/24, the biggest drop since records started in the 1950s. This is having a big effect on the retail sector, with big firms like Joules and Made.com going into administration.

The cost of living crisis has meant that one in eight people behind on their energy bills have attempted suicide, according to a report by Money and Mental Health Institute. In addition one in six adults surveyed said that they had experienced suicidal thoughts over the last nine months.

One in 100 children faced Christmas without a permanent home, according to research by the charity Shelter, with this figure rising to 1 in 26 in London. More than a third of parents living in temporary accommodation said family members have to share beds and almost half of children arrived at school tired, late or hungry because of these temporary living conditions.

Those who once donated to food banks now need to resort to food banks themselves, and we are now in the worst winter in food bank history in the UK. In addition there has been a phenomenal rise in warm banks, trebling to almost 3,000, from 1,000 in October. Whilst on the one hand these warm banks, which offer a warm space, hot drinks and food, or computer access and free wifi, and sometimes games, activities and film nights for children, and specific spaces for the elderly, show that mutual aid is not a thing of the past, on the other hand it demonstrates the severity of the cost of living crisis.

800,000 children who live below the poverty line are not eligible for free school meals, whilst even more live in households just above the poverty line, whilst 200,000 of those eligible for these meals miss out because they have not been enrolled. The Food Foundation indicated that 2 million children in the UK live in households without access to affordable and healthy food.

What this all means is that the cost of living crisis is an attack on the working class, our class, on multiple levels. We are being told that we must accept below inflation pay rises, when they are even offered, because we have to pay for the war in Ukraine, or for Covid 19, or for the derisory energy payments. The current strike wave, involving hundreds of thousands of workers, is fuelled by the cost of living crisis and rising inflation. Therefore these strikes, whatever their specific demands, are political strikes because they fundamentally question who will pay for the crisis, the working class or the bosses.

Whilst, for example, Thames Water can post profits of almost £500 million for the first six months of 2022, the cap on bankers bonuses is removed, and scum like Royal Mail boss Simon Thompson can award himself a pay deal of £735,000 a year, we are meant to put up with rent, food and energy price rises, live and work in increasingly worsening conditions and accept real term pay cuts.

So that is why this current strike wave is so important. The deteriorating state of the NHS has been brought on by this and previous Tory and Labour governments. Now this government is playing tough with the nurses and ambulance workers. There is widespread sympathy for the strikes with almost two to one backing them amongst the public. But the Sunak government is preparing to mobilise the armed forces to break strikes. This will further politicise the strikes.

Whilst the Sunak administration is hanging tough on giving in to strikers’ demands, it is considering modernising its nuclear arsenal, spending on the Future Fighter project, keeping up with the AUKUS pact with the United States and Australia and its commitments to NATO.

That is why victory to the strikes must be striven for. This would be against the manoeuvres of the union bureaucrats, who will attempt to defuse and demobilise the situation. However, even if we win these victories, they are short term. The boss class will look to ways to claw back these victories. That is why we must look towards dismantling the class system. In the short term this means the development of strike committees and local bodies fighting rent and food rises and evictions, and developing alternative health and welfare networks based on mutual aid. In the long term it means the creation of a movement that will bring about a social revolution and a new society based on freedom and equality, in short, anarchist communism.