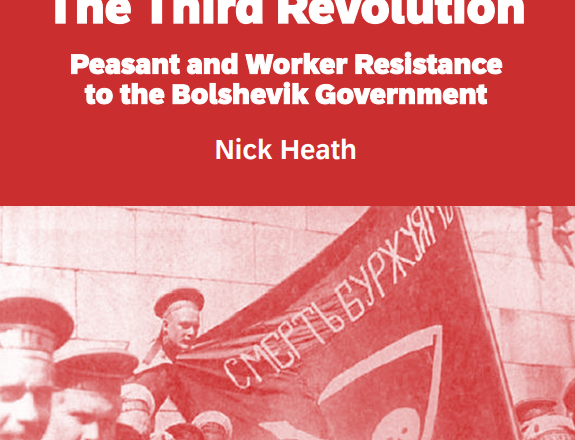 The Third Revolution: Peasant and Worker Resistance to the Bolshevik Government

The Makhnovist movement of the Ukraine is the best known of the revolutionary oppositions to the Bolshevik regime. But it was not the only radical challenge the Bolsheviks faced from below. Numerous peasants’ revolts occurred in the years 1920-22, aiming not to restore the old regime but to defend themselves from the new one. In addition there was major unrest in the factories as workers protested about rationing and about the erosion of Soviet democracy. Nick Heath here examines their extent, causes and limitations and describes the revolts and strikes in some detail. Contrary to Bolshevik claims, these rebellions were not reactionary but in support of the revolution’s original aims: communism, and workers’ and peasants’ self-organisation. New revised edition with much added material on workers’ revolts.

Price: 4.00 including postage, for this 63 page pamphlet.