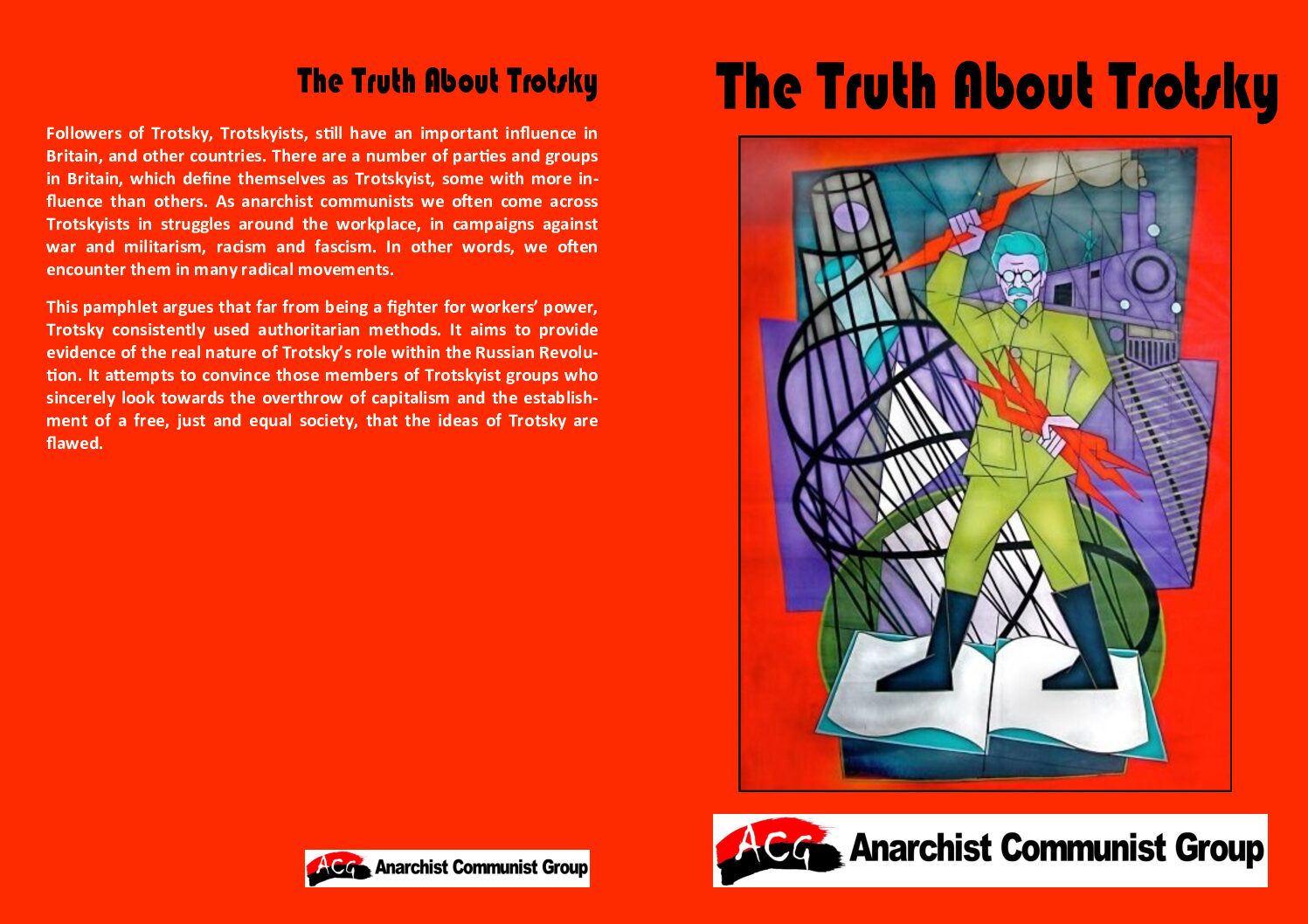 This pamphlet hopes to provide evidence of the real nature of Trotsky’s role within the Russian Revolution. In the process it attempts to convince those members of Trotskyist groups who sincerely look towards the overthrow of capitalism and the establishment of a free, just and equal society, that the ideas of Trotsky are flawed.  It will attempt to show that Trotsky increasingly resorted to strong-arm methods, to a commitment to a regular army that put him at odds with those who looked towards a defence corps built on the abolition of hierarchy and the election of officers, to the militarisation of labour and one-man management, and advocacy of the crushing of those on the left seen as rivals of the Bolsheviks. In his efforts to regularise the Red Army he looked to the elimination of commanders deemed too independent . He was prepared to use concentration camps, poison gas and firing squads to maintain Bolshevik rule. He looked towards belittling and crushing oppositional currents within the Bolshevik Party. He was the first to use the ‘amalgam tactic’ later deployed by Stalin to slander these oppositionists. He wanted to transform the trade unions into state organs of control over the working class and wished to introduce Taylorism and differential wages into the workplaces.

Far from being a champion of Soviet democracy, he was “a knight of bureaucracy”, and a stern advocate of repression. Far from being an alternative pole to Stalinism, his actions, in consolidating the bureaucracy and the one-Party State, precisely prepared the ground for the growth of Stalinism. He was an architect of the Bolshevik counter-revolution which culminated in the crushing of the Kronstadt Commune, in which Trotsky himself played a significant part.