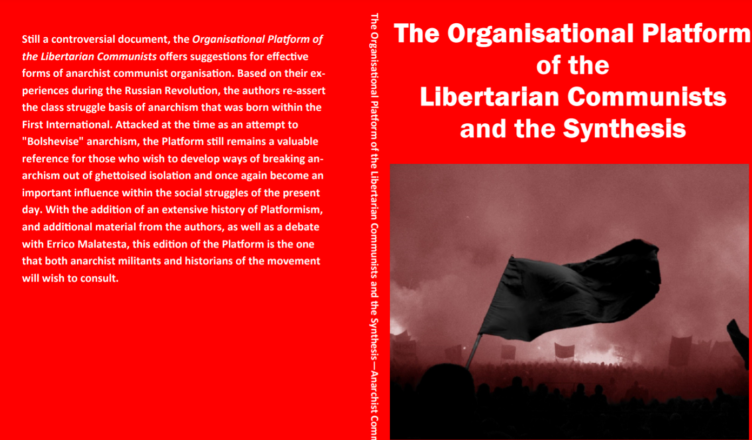 Still a controversial document, the Organisational Platform of the Libertarian Communists offers suggestions for effective forms of anarchist communist organisation. Based on their experiences during the Russian Revolution, the authors re-assert the class struggle basis of anarchism that was born within the First International. Attacked at the time as an attempt to “Bolshevise” anarchism, the Platform still remains a valuable reference for those who wish to develop ways of breaking anarchism out of ghettoised isolation and once again become an important influence within the social struggles of the present day. With the addition of an extensive history of Platformism, and additional material from the authors, as well as a debate with Errico Malatesta, this edition of the Platform is the one that both anarchist militants and historians of the movement will wish to consult. £4.50 plus 1.53 postage from londonacg@gmail.com. Pay in to paypal account using this email address.