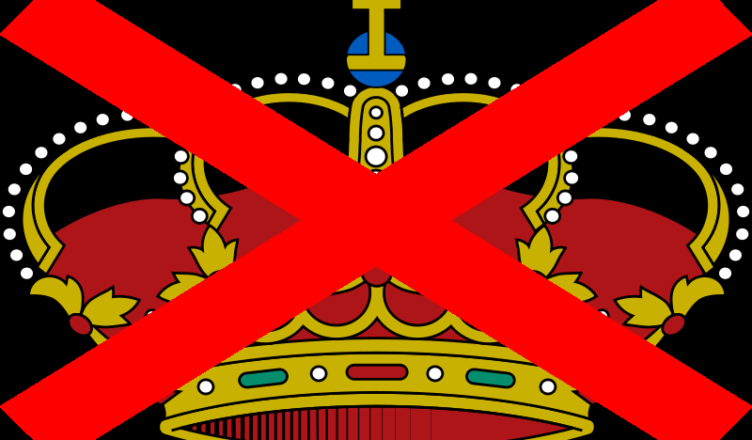 The Queen has died after seventy years on the throne. As we have stated in previous articles on the ACG website, the monarchy plays a key role maintaining the status quo and as an adhesive in preserving the United Kingdom and the Commonwealth.  The Queen and her family are there to maintain the sense of national unity that is essential to the continuance of the United Kingdom and the Commonwealth, and to obscure the glaring class divisions in British society.

Her death comes at a time of great stress for British society. Her final act just before she died was to give her seal of approval to the incoming Truss government, increasingly unpopular and determined to viciously attack the working class. She had overseen the transfer of power between 15 prime ministers during her reign, and she has supervised these transitions with little strife, which in many other countries would have led to public disorder. She has overseen the collapse of the British Empire, and to act as head of the Commonwealth that replaced it. Don’t forget that she was not just Queen of Britain, but of fourteen other countries including Canada and the Solomon Islands. That role is being questioned, as already with the decision by seven states in the Caribbean to remove her as head of State.

Now Charles has become king. He is the oldest person ever to become the crowned head and has little popularity. Despite the sycophancy and bootlicking from the establishment and its media, where “We”, as in “We all love the monarchy” is used regularly to peddle the idea of One Nation, with no class or regional divisions, increasing numbers are opposed to the continuance of the monarchy. As we said after the death of Prince Phillip, the over the top coverage of his death marked a cranking up of an ideological war against any sign of rebellion or dissent. Witness the horror of the establishment at the toppling of statues in the summer’ of 2020’s Black Lives Matters protests. It responds with attempts to control the school curriculum even tighter, by praising the “benefits” of the British Empire. Now the Establishment has prepared a pageant, Operation London Bridge, obviously long planned to celebrate and justify this parasitic institution, the monarchy. There will be sickening outpourings of grovelling praise for the Royals, a hankering for the past “glories” of Empire, and a cranking up of gimcrack patriotism.

Despite the Queen’s ability to disguise the privilege and wealth of the Royal Family, her children and grandchildren have done the opposite, notably with the scandals that Andrew has been involved in, with his connection to the paedophile billionaire Jeffrey Epstein, with the openly public parading of privilege and wealth from the likes of Harry and Meghan, and with the dodgy fundraising of Charles to his charities.

The ruling class hopes that the unpopular Charles will act as a caretaker head of State for a short period, before he hands over the throne to William. Indeed this may well be Charles’ and William’s game plan, as they attempt to modernise and slim down the monarchy in order to keep it going.

All of this, of course, comes at a time of unprecedented industrial unrest, with many sections of the working class going out on strike or preparing to. It has been a hot summer, and the autumn and winter bode being equally torrid in terms of industrial action.

The Labour Party and the union leaders as the fire-fighters of social conflagration have already come to the rescue of the ruling class. Both the Communication Workers Union (CWU), which organises postal workers, and the Rail, Maritime and Transport (RMT) union, have called off strikes and the RMT leader Mick Lynch has stated that the ““RMT joins the whole nation in paying its respects to Queen Elizabeth.”

As for Keir Starmer, leader of the Labour Party, he has confirmed and supported the role that Elizabeth played in promoting national unity and the obscuring of class differences, saying “as our great Elizabethan era comes to an end, we will honour the late Queen’s memory by keeping alive the values of public service she embodied.” As for the left of Labour, Jeremy Corbyn has stepped forward to praise the Queen and her family.

Equally, the leadership of Extinction Rebellion (XR) has postponed its long planned Festival of Resistance. It has consistently emphasised the pressing urgency for immediate action over climate change. However when it came to the crunch, it halted the actions planned for the week ahead during the 12 days of Operation London Bridge. We know too that some local community action groups have suspended activities during this engineered period of mourning.

It is increasingly imperative that we in the working class develop our own independent organisations, free from the Labour and trade union leaders, if we are to wage a successful struggle against the increasingly aggressive boss class. The decision of the union leaders to call a truce in the industrial struggle, won’t mean that the ruling class will reciprocate with a truce, as the attacks on us will escalate, with rising food and energy prices, rent increases, inflation eating away at wages, and the dismantling of the NHS.

Break with Labour and the union bureaucrats!

For social revolution and the creating of a new free and equal society!