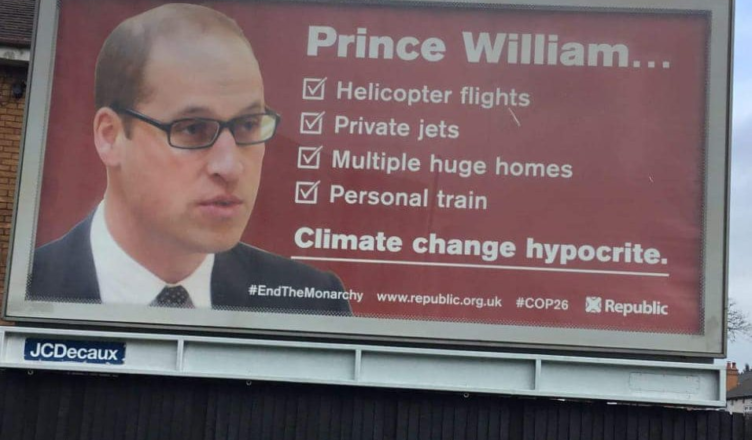 We have taken several looks at the current state of the British monarchy in articles on this website. As Elizabeth’s reign draws to an end, we see the edifice of the royal family looking increasingly flimsy and ramshackle.

Signs of this could be seen in the miscalculation of Elizabeth in having Andrew accompany her at the memorial service to Prince Philip on March 29th. She was indicating by this that Andrew had her full support. This clashed with the moves by Prince Charles and Prince William to completely exclude Andrew from royal duties and considerably dismayed them. Charles and William are looking towards a more streamlined and modernised monarchy in order to save it from extinction. For most of her reign Elizabeth has known how to surf the waves of public opinion but now this show of support for Andrew has weakened her position.

Another sign of dry rot in the timbers of the monarchy was the decision by six states in the Caribbean- Belize, the Bahamas, Jamaica, Grenada, Antigua and Barbuda, and St. Kitts and Nevis- to follow the example of Barbados in June 2021 to remove the Queen as head of state. There are 14 countries where the Queen is head of state and in these countries known as Commonwealth realms the Queen appoints a local representative, usually known as a Governor General, in agreement with the local President or Prime Minister.

Two recent visits by members of the monarchy- first Prince Edward and the Duchess of Wessex and then William and the Duchess of Cambridge- to the Caribbean were met with protests. Demonstrators in Belize and Jamaica called for a formal apology by the royal family for its involvement in the enslavement of Africans and demanded reparations. In a speech given in Jamaica in March William expressed “profound sorrow” over slavery but failed to offer an apology.

The trips to the Caribbean were meant to celebrate Elizabeth’s seventy year reign but the demands for an apology and reparations resulted in rain on the parade. Recent revelations of how much the monarchy benefitted from slavery fuelled these protests and accelerated moves for these six states to move towards the establishment of republics.

The third indication that this ole house is getting shaky was the recent FA Cup Final on May 15th. This has long been a well managed spectacle for the British ruling class with military bands and the singing of the national anthem, presided over by a member of the royals.

However, this time things did not go to plan. Liverpool supporters booed and hissed when Prince William went to meet the teams. Worse, more booing and barracking followed during the playing of the national anthem.

Members of the Establishment reacted in horror. The Speaker of the House of Commons, the Labour lickspittle Lindsay Hoyle, called the actions of the Liverpool supporters “totally shameful behaviour”. He was followed one after the other by Tory MPs and Ministers, each trying to outdo each other with fervour for the monarchy. Culture Secretary Karen Bradley called on the FA to pursue the Liverpool fans. Ed Davey, Liberal Democrat leader, wishing to show his allegiance stated that “We have the most wonderful monarch and those fans who booed do not represent their clubs or our country.”

It was hardly surprising that the reactionary rags the Daily Telegraph, the Daily Mail and the Daily Express joined in the chorus. What has scared all of these voices of the boss class is that in the year of the Platinum Jubilee there was a rejection of the myth of national unity as symbolised by the monarchy, signally manifested and broadcast on radio and TV, a rejection of the bullshit that our class, the working class, has anything in common with these parasites.

The antipathy of the Liverpool supporters is partly explained by the Establishment dismissal and cover-up over the Hillsborough disaster of 1989, but most of all by the managed economic decline of Liverpool by successive governments.

We salute the Liverpool fans. Rather than seeing them as hooligans and as wallowing in victimhood as the establishment press has portrayed them, we see the re-emergence of class consciousness in their understanding of the sham of national unity.

The road ahead for the monarchy looks increasingly rocky.