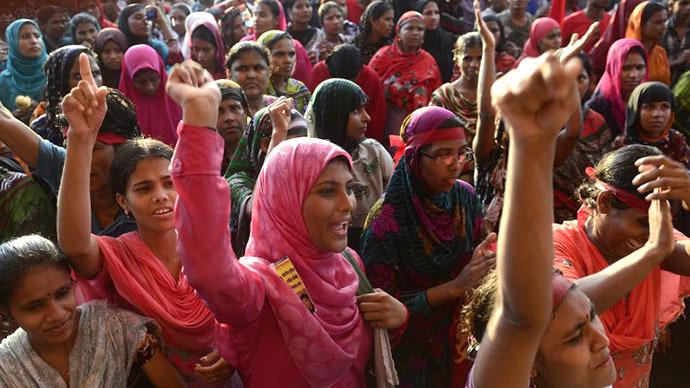 A number of wildcat strikes broke out in the UK during August.

The wave of wildcat action kicked off at Cranswick Continental Foods in Pilsworth. Next, wildcat strikes broke out at several Amazon warehouses including Tilbury, Rugeley, Coventry, Bristol, Dartford, Coalville, Belvedere, Hemel Hempstead and Chesterfield.
There were also more wildcat strikes at Grangemouth oil refinery. Chemical plant workers also took wildcat action at several sites across Teesside and at Humber Refinery in North Lincolnshire as well as at Valero refinery in Milford Haven. Train drivers at Avanti West Coast brought some services to a halt by refusing shifts.

But what makes a strike ‘wildcat’?
Wildcat strikes are a form of autonomous direct action. Autonomous because they are not officially sanctioned by and are likely to be outside of the control of the unions and left-wing political parties. Direct because they short circuit the mediating and representative role of the trade unions.
As the recent wildcat strikes spread like wildfire, media outlets were keen to describe the danger to businesses.

Share Talk website wrote:
“Businesses cannot plan for wildcat strikes, making it difficult to manage them. These strikes are dangerous for employees who abandon the legal protections granted to them in collective bargaining.”

The Evening Standard asked:
“What is a wildcat strike?” Wildcat strikes don’t have the permission of their union, and workers don’t go through the typical process a union does when arranging industrial action, which sometimes challenges their union’s authority.”

A couple of dictionary definitions of wildcat strikes are:
Wildcat strike: a strike that is started by a group of workers without the approval of their union.
Merriam-webster dictionary.

Wildcat strike: a sudden strike (= act of refusing to work as a protest) without any warning by the workers and often without the official support of the unions.
Cambridge dictionary.

But council communist Anton Pannekoek outlined the reason that anarchist communists and libertarian communists emphasise the subversive potential of wildcat strikes:
“In the wildcat strikes, we may see the beginnings of a new practical orientation of the working class, a new tactic, the method of direct action. They represent the only actual rebellion of man against the deadening suppressing weight of world-dominating capital.”

Wildcat strikes are a form of direct action and the anarchist Emile Pouget explained the significance for revolutionaries of this tactic of militant working class action:
“Direct Action is a notion of such clarity, of such self-evident transparency, that merely to speak the words defines and explains them. It means that the working class, in constant rebellion against the existing state of affairs, expects nothing from outside people, powers or forces, but rather creates its own conditions of struggle and looks to itself for its means of action.”

As a form of autonomous action, wildcat strikes have the potential to go beyond the narrow framework of trade unionism. Anarchist communists and other communist revolutionaries offer criticisms of the limitations of trade unions.

William Morris, the author of News from Nowhere and Lectures on Socialism, wrote in 1885 that:
Trade unions [do not] “represent the whole class of workers as working men but rather are charged with the office of keeping the human part of the capitalists’ machinery in good working order and freeing it from any grit of discontent”.

In a similar observation to William Morris, council communist Cajo Brendel described the role of unions:
“The undeniable fact that from the very first day of their existence unions have had the task of mediating between capitalists and workers, mediating of course in order to extinguish the flames of conflict between the two parties, not to kindle the fire by pouring oil into it, mediating in order to stabilize the antagonistic relationship of workers and capitalists, not to destroy it.”

The wildcats in the UK have been in mostly, though not entirely, in workplaces where there are either no unions or they are unrecognised. The GMB are talking credit for at least some of the Amazon actions, but they are, for the most part, self-organised. What is important about these wildcat strikes is that they show what workers can do for themselves. If they can be extended and spread then they can overcome isolation and being picked off.

Useful texts and pamphlets:
Goodbye to the Unions! – A Controversy About Autonomous Class Struggle in Great Britain.
libcom.org/article/goodbye-unions-controversy-about-autonomous-class-struggle-great-britain