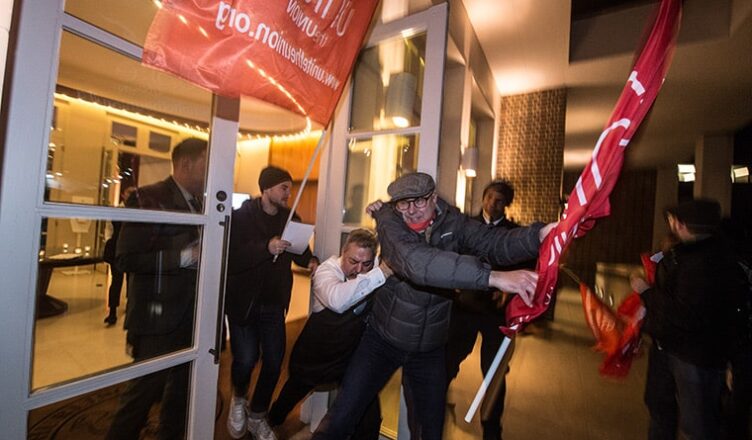 300 construction workers went on wildcat strike for 2 days at the Ineos refinery at Saltend, Hull on 11th and 12th May. Their employer, the contractor Altrad, has been consistently paying out wages late, awarding wrong wage sums, etc, resulting in some workers owed thousands of pounds because of mistakes going back more than nine weeks. The workers began by staging a sit-in from 7am until 10 am. Altrad promised things would get sorted, so workers went back to work. However, things were not sorted the following day, so workers went out on strike again. Altrad is an important multinational that has interests in energy and construction. It is also currently in dispute with workers at the Fawley Exxon refinery in Southampton over suspension of a workers’ rep. Victory at Saltend would encourage Southampton workers to take action.

One hundred outsourced workers employed in recycling, refuse collection, and grounds maintenance for Welwyn Hatfield borough council went out on wildcat strike for one day on 16th May. They work for outsourcing commercial waste company Urbaser and were horrified that a manager notorious for racist, sexist and bullying behaviour and withholding Christmas bonuses was to return to work. This followed the filing of grievances by 38 workers about this scumbag. The strike resulted in victory as the workers were informed the following day that this bully will no longer be employed.

Workers on North Sea gas and oil rigs went out on wildcat strikes around the same time over low pay. They work for the outsourcing contractors Bilfinger UK and Wood, subcontracted to rigs including the BP ETAP rig and the Harbour Energy rig Judy.

The unofficial strike action began on the Elgin rig operated by Total Energies and on the Safe Caledonial flotel and then spread to the ETAP and Clair field rigs by the evening. Two days later, sixteen installations in total were involved in wildcat strike action including Glen Lyon FPSO, the Foinaven FPSO, Taqa Tern Alpha and Cormorant Alpha, Dana Petroleum’s Triton FPSO. The workers are demanding a £7 an hour pay rise.

That “(The situation) seems to have grown huge over the past couple of days with 19 oil and gas installations out here following suit so far. Our slogan has become ‘stay strong’ and that we will.”We downed tools on Tuesday afternoon due to being ignored time and time again about our pay.”A key member of management was sent out to discuss this matter with us on Tuesday but was quick to say he was too busy to address the men. We took it upon ourselves to take action there and then and demand answers.”A meeting was held and our questions were raised. We came up with the figure of £7 on our basic hourly rate to match inflation and living cost and of course in accordance to the price of oil being at an all time high of over $100 a barrel.”Us workers are entitled to more money and they know this but are unwilling to pay it out.”

We recently reported in our newssheet Jackdaw that the strike level in the UK is at its highest for five years. The fact that workers are now increasingly ignoring both the anti-trade union laws and the attempts of the trade union bureaucrats to shackle strike action, is another cheering sign of the renewal of class struggle.

The Unite union has attempted to sabotage the wildcat action by calling on rig workers to end the strike because Bilfinger is ready to negotiate.